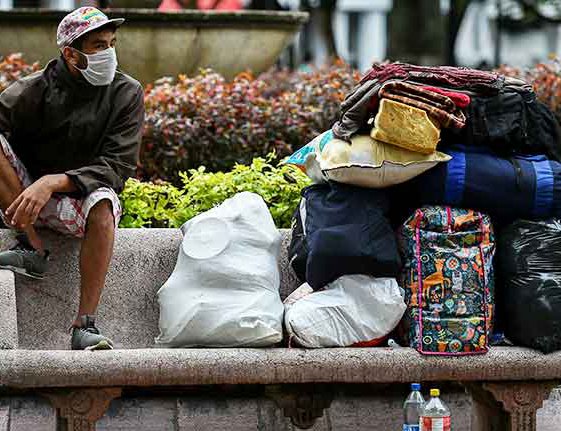 Governments, together with social partners and other stakeholders, should use the COVID-19 crisis as a wake-up call to strengthen their social protection systems, says the International Labour Organization.ILO COVID-19 Crisis

An analysis shows that countries that have effective health and social protection systems in place and that provide universal coverage, are better equipped to protect their populations from the threats to their livelihoods posed by COVID-19. However, countries that lack robust health and social protection system will need to develop policies and interventions in an ad hoc way, which is likely to lead to limited and delayed response.

“The pandemic has exposed serious gaps in social protection systems around the world, particularly for some categories of workers, such as part-time workers, temporary workers and self-employed workers, many of them in the informal economy,” says Shahra Razavi, Director of the ILO’s Social Protection Department. “Social protection must be seen as an investment and not as an additional cost. It plays a vital role as a social buffer and economic stabilizer.”

In addition to the tragic loss of human life, the pandemic is likely to increase poverty and inequality, with particularly adverse effects for older persons, persons with disabilities and chronic diseases, migrant workers and forcibly displaced people says the report, Social protection responses to the COVID-19 crisis: Country responses and policy considerations.

Many countries have implemented national social protection policy responses to the crisis, which have addressed a broad range of areas. They have extended sickness benefits financed from general taxation to workers who would not otherwise be entitled; used their unemployment protection schemes to support enterprises in retaining workers through short-time work schemes, provided unemployment benefits to laid-off workers, including those who would otherwise not be eligible for unemployment insurance, and provided income support to families. Others have provided in-kind benefits, such as food items or meals or cash transfers to ensure access to food.

Between 1 February and 17 April 2020, 108 countries and territories announced at least 548 social protection measures to lessen the devastating impact of lost jobs and livelihoods.

Around one fifth (19.3 percent) are related to special social allowances/grants, closely followed by measures relating to unemployment protection (15.7 percent), health (9.5 percent) and the allocation of food (9.1 percent).

The report points out that insufficient social and health coverage not only endangers the countries concerned but the entire international community. In such cases, countries should be offered urgent international support so they can adopt emergency measures to step up the capacities of their health and social protection systems – including ensuring access to health care and income support.

Experts To Conduct Comprehensive Geological Survey Of Melamchi By Agencies 2 days, 4 hours ago

Kathmandu Valley CDOs Decide To Extend Prohibitory Order For A Week By Agencies 2 days, 4 hours ago