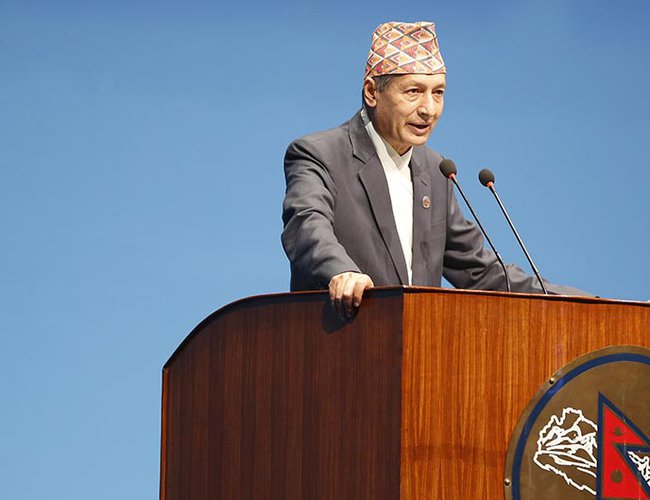 Minister for Finance and Communication and Information Technology Dr Yubaraj Khatiwada said that the government has no plan rescuing nationals from India and overseas.

Delivering the statement in parliament on rescuing Nepali migrant workers from India and abroad, minister Khatiwada said that protecting their lives at the place where they are now was the best option left for the government.

“Continuous diplomatic endeavours have been made with the state heads of several countries where we have agreed to provide services to foreign nationals here and asked for favour for ours at their places,” said Finance Minister Dr. Khatiwada. He said that the government had only restricted travelling in such high risk time. He said the government would bear expenses for their protection if necessary.

The minister also hinted at massive cuts in unnecessary expenses of the government. “No space will be given to the inessential expenses,” he said. Finance Minister agreed that priority paradigm shifted after COVID-19 pandemic and said that the government was aware of unstable labour market inside and outside the country.

Before this, lawmakers in both Upper and Lower House of Federal Parliament on Wednesday participated in pre-budget session and expressed their concerns about the requirements of the budget. And the pre-budget session concluded after the minister responded to their queries.

ADB Growth Forecast At 4.1% By A Correspondent 1 week, 6 days ago

KATHMANDU DECLARATION Resilient Development By A Correspondent 1 week, 6 days ago