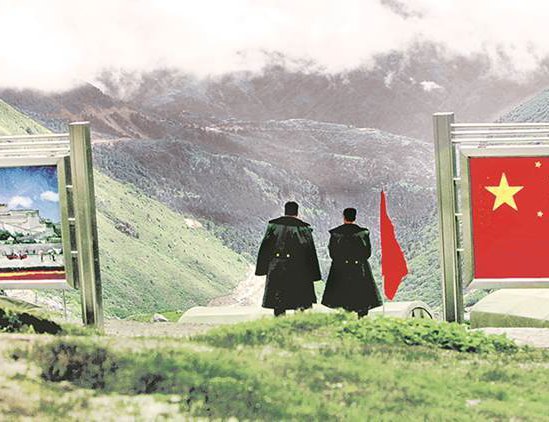 The latest developments in the Gallevan Valley region are very regrettable. How to avoid the recurrence of such conflicts and prevent the situation from escalating further has become the biggest test of China-India relations. The Indian society needs to walk out of the long-standing geopolitical illusion and look realistically at the dispute between China and India. This is of special significance for India to maintain a stable national strategy and is also the key to maintaining stability in the border area between China and India.

First of all, Indian society needs to understand China's basic position, that is, China is committed to friendship with India and respects India as a powerful neighbor and regional force. At the same time China will firmly safeguard its territorial sovereignty. The Indian side must not have any unilateral force to move forward, forcing China to give in. Because China will never appease the Indian side, our countermeasures will come in a timely and determined manner at all costs.

The policy of friendly development and cooperation between Beijing and New Delhi. No matter how the Indian side is troubled, our firm position on the border issue will not be shaken. China's attitude is very stable, and our beliefs and strength are sufficient to support us without strategic hesitation and without gains and losses. It has been noticed that there has been less talk of Sino-Indian friendship in Indian public opinion in recent years, and there are more foreign concepts catering to the "value alliance" and "Indo-Pacific strategy".

If India is really addicted to such a concept and plays a corresponding role, then it will not be its strategic aggressiveness, but more of self-abuse. It will become a tool of "value alliance" from then on, and its ambition as an independent power will be tampered with by external forces. Don't be intoxicated by the partiality of some forces in the United States and the West. Most of them are poisons for public opinion that are detrimental to India. India cannot move to Australia, and it is different from the United States. Source: huanqiu.com