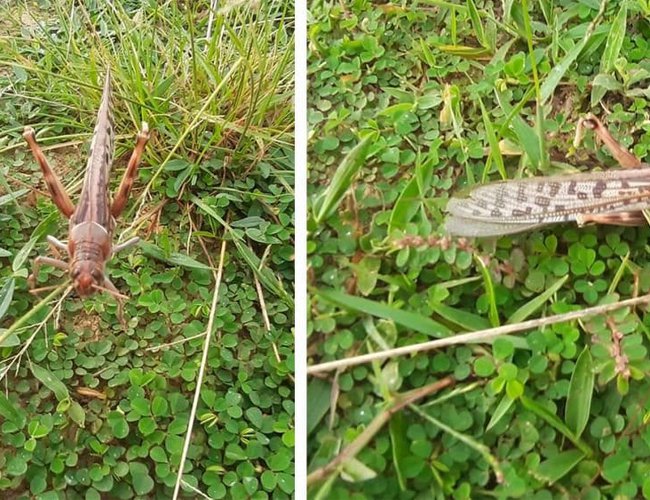 Locusts destroyed maize crops cultivated in over 10,000 hectares of land in the district. Farmers are worried much after the continuous invasion of locusts for six days. The loss is equivalent to Rs 500 million.

Though the attack in some parts of the district has come under control, it continues in Shitganga Municipality.

Shitganga Municipality- ward 7 Chair Mohan Panthi said migrant insects destroyed maize crops in over 9,000 hectares at Jaluke and Juwakot area. Damages in some parts are partial while in over 10,000 hectares of land are complete. The insects entered Dumsi and other parts of Siddara of Shitganga-10 as well.