Indian electricity markets have become robust enough to integrate cross-border transactions. Governments must now step out of the way. 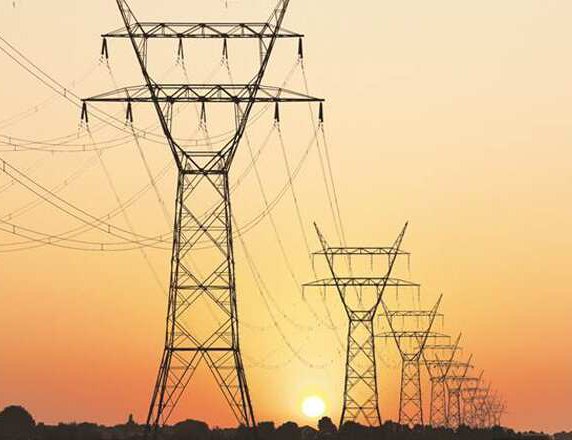 In a World Bank blog on 16 March 2017, Toman and Timilsina estimated that between 2015 and 2040, the savings from regional South Asian electricity trade “facilitated by expanded cross-border transmission interconnections” could be as much as $94 billion. Realizing such benefits require regional electricity markets that enable cross border trade. Link

Earlier this year, a draft amendment to India’s Electricity Act 2003 was released for public comment. In the 17 intervening years, India has evolved a robust and multi-faceted electricity market: perhaps not perfect, but true to the vision of a liberalized license-free competitive market promoting private participation.

Between 2008-09 and 2019-19, the share of private sector generation capacity has increased from 15 percent to 46 percent. Two electricity exchange platforms, Indian Energy Exchange (IEX) and Power Exchange India Limited (PXIL), have emerged and are providing a wide range of energy trading products.

This June, IEX and PXIL launched real-time markets, enabling participants to manage their demand and supply commitments with greater flexibility. In July, India’s Ministry of Power, Government of India approved trading of electricity through forward and derivative contracts, subject to a Supreme Court judgement which is expected at the end of August.

Securities and Exchange Board of India (SEBI) is likely to authorize introduction of forward and derivate contracts for electricity within the next 6-12 months. This would allow power distribution companies to use financial instruments, such as futures, forwards, swaps, and options to hedge risks, reduce costs and better manage long term power purchase contracts.

These developments will help transition Indian power markets from merely trading residual electricity to enabling financing of new power plants by integrating long term contracts. Regional electricity markets need these trading platforms and structures just as much. The question is how they access the structure, depth, and flexibility of the Indian marketplace.

The first test for cross-border electricity trade to receive not-differentiated access in Indian electricity markets came in September 2008. Power Trading Corporation (PTC) had been charging distribution utilities in the Eastern region a service fee of 5 paise / kWh, against a trading margin cap of 4 paise / kWh, for electricity purchased from Chukha and Kurichhu hydro plants in Bhutan. PTC argued that the Central Electricity Regulatory Commission (CERC) had no jurisdiction over cross-border international trading involving long-term bilateral agreements between the Governments of India and Bhutan.

CERC disagreed, asserting that once electricity is imported into India it ceases to have the character of an imported commodity. CERC’s decision was upheld in the Appellate Tribunal for electricity. This judgement made it clear that once electricity arrived in India, or passed through its jurisdiction, it would be subject to the competitive principles and institutional protection of India’s marketplace. Distortionary Government influences on electricity markets. The foundations of a regional electricity market must draw from the same principles that underlines India’s domestic power markets: protecting consumer interest, competitive markets, trading, and private participation. India’s approach to regional electricity markets, however, preserves a role for Governments to exercise discretionary authority in ways that renders the market irrelevant.

In 2018, the Ministry of Power, Government of India released new guidelines for a cross-border electricity import-export. Although the revisions removed a previous provision that required majority Indian (or Government) ownership for any regional trade, it allowed cross-border power agreements to be established through bilateral agreements between two countries.

Governments make cross border decisions for all sort of interests – social, political, economic, and historical. They must be allowed to exercise their cross-border interests. Electricity markets are just not the right place for those types of decisions.

Regional sectoral developments risks being infected with geopolitical influences, especially so, as the Governments can use the pretext of market transactions to determine cross-border agreements. This is the story unfolding in Nepal’s power sector.

Nepal has an ambition to develop 15,000 MW within the next ten years, approximately seven times its current capacity, on the premise that that it can export much of it to India and the region. Though the premise that it can competitively export remains an unvalidated hypothesis, it is the dominant political rhetoric there. It is extremely unlikely that Nepali hydro plants can compete for exports when abundant cheaper and just as clean electricity is available in India and the region.

India’s strategic interests in the region would be better served if its construct of regional electricity market mirrored the principles of competition, trade, and private participation that governs its domestic market. The physical and financial contracts of all cross-border transactions will invariably be anchored in India, subject to its rules and oversight.

India’s regional appeal stems from the institutional, structural, financial, and judicial strength underlying its open markets. This is where the energy destiny of the region must converge.

Atul K Thakur is a policy professional and columnist; Bishal Thapa is an economist and columnist. Views expressed are the authors’ own.

Dordikhola To Generate 27 MW Electricity From Mid-July By Agencies 2 days, 21 hours ago

Asia-Pacific Can Emerge From Pandemic "Stronger Than Before" — ADB President By NEW SPOTLIGHT ONLINE 5 days, 10 hours ago

World Day For Safety And Health At Work By Agencies 6 days, 18 hours ago

Coca-Cola Pledges To Help “StoptheSpread” Of COVID-19 In Nepal By NEW SPOTLIGHT ONLINE 6 days, 20 hours ago