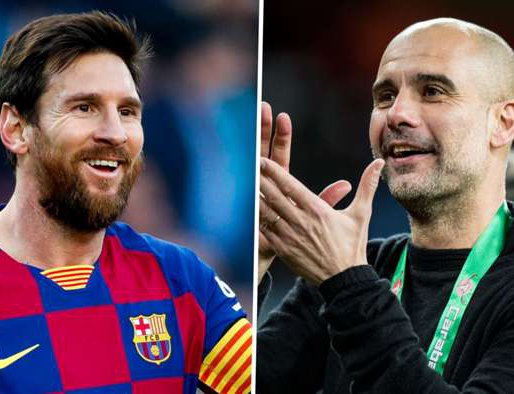 Manchester City have made no secret of their desire to sign Lionel Messi in the past, so when the Barcelona legend served his notice to cut ties with the club , a move to the Etihad Stadium was understandably mooted.

Signing the best player in the world is far from straightforward, however, and there is a lot that needs to happen before Messi sets foot in east Manchester.

City have always felt confident that they would be well-placed to have the pulling power to attract Barca's record goalscorer were he to ever decide to quit Camp Nou.

In coach Pep Guardiola, City have the man who brought out the very best in the forward, building a team around Messi that delivered two Champions League titles.

It is understood that Guardiola and Messi have spoken in recent days , with the pair still enjoying a strong relationship.

The Premier League outfit also have a football project to attract the interest of the six-time Ballon d'Or winner, with a host of elite players such as Kevin De Bruyne and Messi's close friend Sergio Aguero also desperate for the Champions League trophy.

City have always been hugely respectful of Messi and have never agitated to get him away from Catalunya, even when he appeared to be on the brink of leaving in previous years.

But a move to City has never appeared more possible, even if there is a long way to go before it can actually become a reality.

Messi's unhappiness is clear. A dismal season that saw Barca lose out on the Liga title to bitter rivals Real Madrid was made worse by their humiliating 8-2 defeat to Bayern Munich in the Champions League.

Head coach Quique Setien was sacked and replaced with Ronald Koeman, but that was not enough to placate the 33-year-old, who sent a Burofax confirming his desire to leave.

There are some that claim the move is high-risk power play to have Josep Maria Bartomeu removed from his role as president.

Rival candidate Victor Font told Onda Cero : "If there is any option for Messi to stay, no matter how small, it goes through the resignation of Bartomeu."

And City have been here before, not least in 2016 when they crunched the numbers over a possible deal when it looked like Messi could quit over tax investigations by the Spanish authorities , only for him to stay put.

Sources in Spain insist that there is virtually no turning back for Messi this time and that he has made up his mind to leave the club.

At 33, he cannot afford to waste a season on rebuilding a team that needs serious surgery after the way it was embarrassed by treble-winning Bayern.

City would face plenty of competition for Messi's signature, with Paris Saint-Germain likely to be interested; the forward enjoyed a good relationship on and off the field with Neymar during their time together at Camp Nou.

Serie A giants Inter would also consider a move while Italian champions Juventus could potentially set up a dream team with Cristiano Ronaldo.

The manner of his departure is further complicated by the exit clause that Messi is trying to activate.

Messi wants to use a clause in his contract that would allow him to leave for free, but Barca insist he still has a €700 million (£630m/$825m) release clause, which runs until 2021.

It is a contentious issue exacerbated by the uncertainty surrounding the end of an extended season following the Covid-19 shutdown that has the potential to get messy if an agreement cannot be reached either with the player or his next club.

Barca are interested in a number of City players and made young defender and former La Masia player Eric Garcia their top summer target.

Despite the hurdles, it would be difficult for City to turn their back on one of the greatest players of his generation and, for some, the best player ever.

He may be getting older, but he is still leading the line and winning games by himself for a side lacking confidence post-lockdown.

"Messi is the best player in the world. If one day he wants to come to City, we would open the doors wide for him," City chief executive Ferran Soriano said in 2016.

The door may be open, but getting him to walk through it will not be as easy as some people think.

Tiger Woods Seriously Injured In A Car Accident By Agencies 2 days, 15 hours ago