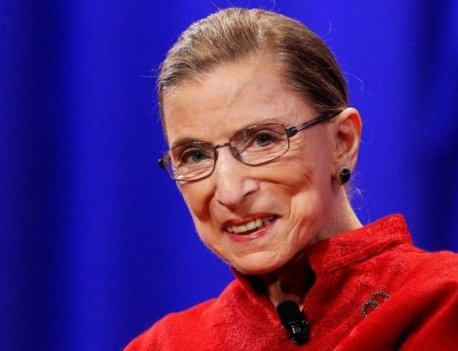 US Supreme Court Justice Ruth Bader Ginsburg, an iconic champion of women's rights, has died of cancer at the age of 87, the court has said.

Ginsburg died on Friday of metastatic pancreatic cancer at her home in Washington, DC, surrounded by her family, the statement said.

Earlier this year, Ginsburg said she was undergoing chemotherapy for a recurrence of cancer.

She was a prominent feminist who became a figurehead for liberals in the US.

Ginsburg was the oldest sitting justice on the Supreme Court, having served 27 years on the nation's highest court.

As one of four liberal justices on the court, her health was watched closely. Ginsburg's death raises the prospect of US President Donald Trump trying to expand its slender conservative majority.

"Our Nation has lost a jurist of historic stature," Chief Justice John Roberts said in a statement on Friday. "We at the Supreme Court have lost a cherished colleague. Today we mourn, but with confidence that future generations will remember Ruth Bader Ginsburg as we knew her - a tireless and resolute champion of justice."

Ginsberg had suffered from five bouts of cancer, with the most recent recurrence in early 2020. She had received hospital treatment a number of times in recent years, but returned swiftly to work on each occasion.

In a statement in July, the judge said her treatment for cancer had yielded "positive results", insisting she would not retire from her role.

"I have often said I would remain a member of the Court as long as I can do the job full steam," she said. "I remain fully able to do that."

Why was Ginsburg important?

US Supreme Court justices serve for life or until they choose to retire, and supporters had expressed concern that a more conservative justice could succeed Ginsburg.

The highest court in the US is often the final word on highly contentious laws, disputes between states and the federal government, and final appeals to stay executions.

In recent years, the court has expanded gay marriage to all 50 states, allowed for President Trump's travel ban to be put in place and delayed a US plan to cut carbon emissions while appeals went forward.

Ginsberg's death will spark a political battle over who will succeed her, spurring debate about the future of the Supreme Court ahead of November's presidential election.

US President Donald Trump has appointed two judges since taking office, and the current court is seen to have a 5-4 conservative majority in most cases.

The US Senate has to approve a new judge nominated by the president, and Senate majority leader Mitch McConnell said on Friday evening that if a nominee was put forward before the election, there would be a vote on Donald Trump's choice.

But in the days before her death, Ginsburg expressed her strong disapproval of such a move, National Public Radio reports.

"My most fervent wish is that I will not be replaced until a new president is installed," she wrote in a statement to her granddaughter.