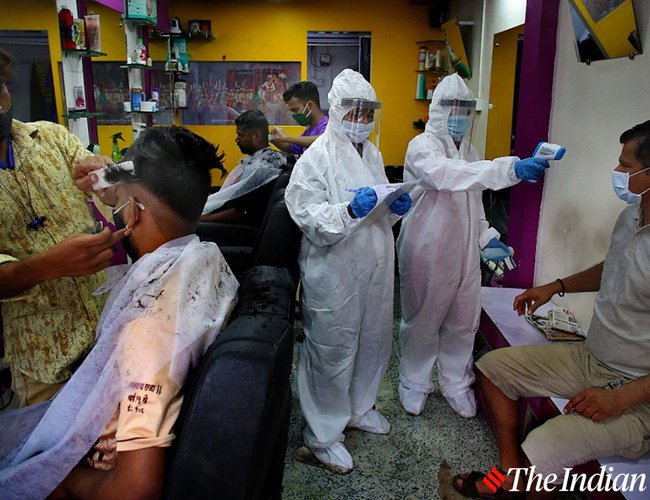 Confirmed COVID-19 cases have exceeded 30.6 million globally, with over 954,000 fatalities and more than 20.9 million recoveries, according to the latest tally from Johns Hopkins University.

|As of Saturday, the Chinese mainland had recorded 85,279 cases, with 382 asymptomatic patients under medical observation. The death toll in China stands at 4,744, including 103 fatalities from the Hong Kong Special Administrative Region and seven from the Taiwan region.

The U.S. has registered more than 6.7 million infections and over 199,000 deaths – both the highest in the world.

UK PM Boris Johnson on Friday warned that a second wave of COVID-19 is "coming in" in Britain and the government may need to "intensify things to help bring the rate of infections down."

The COVID-19 death toll in the United States is approaching 200,000 and the number now stands at 199,255, according to Johns Hopkins University (JHU) data.

Earlier this week, U.S. Centers for Disease Control and Prevention (CDC) projected up to 218,000 COVID-19 deaths in the country by October 10 in a new ensemble forecast published on its website.

The United Kingdom may need to consider reintroducing some national COVID-19 lockdown measures as it continues to se a steady rise in its cases, Reuters reports a leading epidemiologist to have said on Saturday.

The remarks by Neil Ferguson, a professor of epidemiology at London's Imperial College and a former government adviser, come as the country's new cases rose to their highest level since May.

"Right now we're at about the levels of infection we were seeing in this country in late February, and if we leave it another two to four weeks we'll be back at levels we were seeing more back in mid-March, and that's going to - or could - cause deaths," Ferguson said.

The U.K. reported 4,422 new COVID-19 cases on Saturday, 100 more than the figure posted on Friday and the highest daily total since March 8.

Switzerland-based drug company Roche reports a medicine it sells to reduce inflammation has helped prevent the need for breathing machines among hospitalized COVID-19 patients, in a study from the Americas focused primarily on Hispanic and black patients.