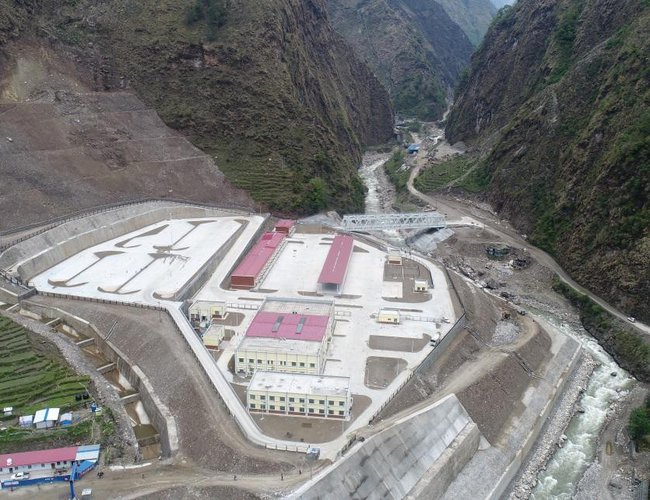 Tatopani border point between Nepal and China, which had remained closed for three months, has reopened from Monday reports The Rising Nepal.

“Goods in Khasa area were dropped by the Chinese customs agents at the Miteri Bridge and the Nepali workers loaded the goods in 12 containers after the Chinese containers unloaded them,” he said.

According to him, only around 10 Chinese containers would enter Nepal on a daily basis under the present arrangement.

He said that around 25 workers were in ready position for loading the goods dropped by the Chinese containers.

“Around 15-20 Chinese containers would enter Nepal on a daily basis after managing a separate yard for loading and unloading goods. The Chinese side has agreed to send more containers after the management of a separate yard and workers,” Khatri said.

According to him, all 54 workers, including the drivers, are staying in quarantine at different hotels separately to be safe from COVID-19.

Khatri said that they would send the loaded containers to Kathmandu after completing the medical protocol and customs clearance.