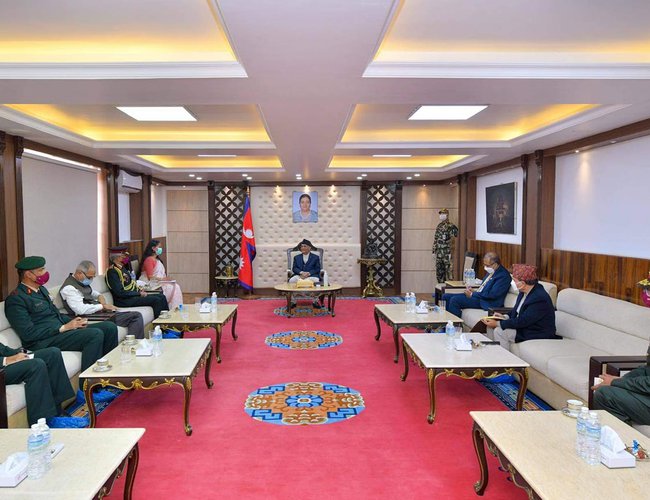 On the occasion, Prime Minister Oli said that Nepal and India have cordial friendly relations and expressed his confidence that some problematic bilateral issues could be resolved through talks.

According to PM’s private secretariat, PM Oli mentioned that it was a historical practice of the Armies of the two countries conferring the rank of Honorary General on each other’s the Chief of the Army Staffs after their appointment.

General Naravane arrived here on Wednesday on a three-day visit at the formal invitation of CoAS Purna Chandra Thapa.

Advertisement Code Of Conduct Announced By Agencies 2 days, 5 hours ago