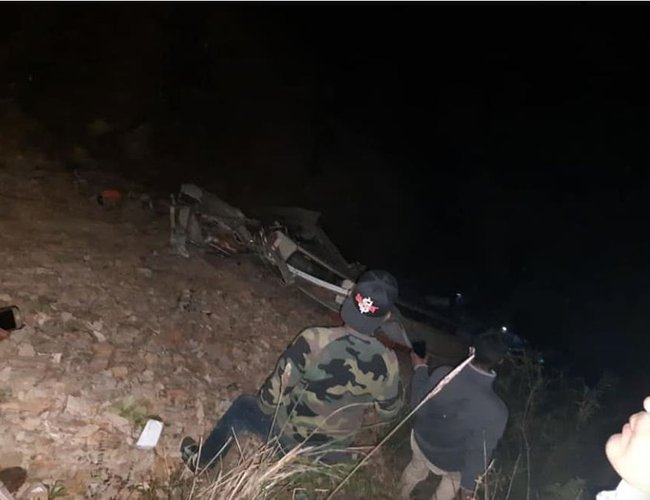 At least nine passengers died in a bus accident at Patan municipality-8, Khodpe of Baitadi along the Dasharathchand Highway.

The Mahendranagar bound bus (Na 5 Kha 5141) from Ganna of Darchula met with the accident at 10.30 pm on Thursday.

According to the District Police Office Chief DSP Narayan Prasad Adhikari, the bus fell down some 600 meters off the road turning. The deceased including seven men and two women have yet to be identified.

Critically injured seven passengers out of 34 injured were referred to Dhangadhi for treatment while remaining 27 are being treated in Dadeldhura Hospital, CDO Adhikari informed.

Eight bodies have been retrieved from the accident site while remaining one will be taken out this afternoon as it is stuck in difficult place, police said. Police and locals had rescued the injured from the site immediately after the accident.