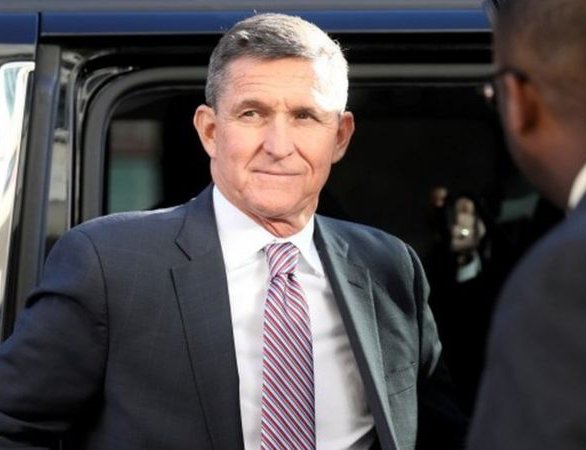 US President Donald Trump has pardoned his former national security adviser Michael Flynn, who pleaded guilty to lying to the FBI.

The president said the widely expected act of clemency was his "Great Honor".

Mr Flynn was among former aides to President Trump convicted during a justice department investigation into alleged Russian election interference.

He admitted in 2017 to lying to the FBI about contacts with Russia's envoy, then tried to withdraw his plea.

The White House said on Wednesday that the pardon would finally end "the relentless, partisan pursuit of an innocent man".

Its statement described Mr Flynn as "the victim of partisan government officials engaged in a co-ordinated attempt to subvert the election of 2016".

Mr Flynn responded by posting a tweet containing a US flag emoji and a Biblical verse, Jeremiah 1:19. The verse says: "'They will fight against you but will not overcome you, for I am with you and will rescue you,' declares the Lord."

Mr Flynn's supporters see him as the victim of a political vendetta by the outgoing Obama administration to de-legitimise the incoming Trump administration with unsubstantiated claims of Russian collusion.

A 22-month justice department investigation concluded in 2019 there was no evidence to establish that Mr Trump or any of his associates had conspired with the Kremlin to win the 2016 election.

The retired US Army three-star lieutenant general was an early and ardent supporter of Mr Trump during the 2016 campaign, though he had been a life-long Democrat before.