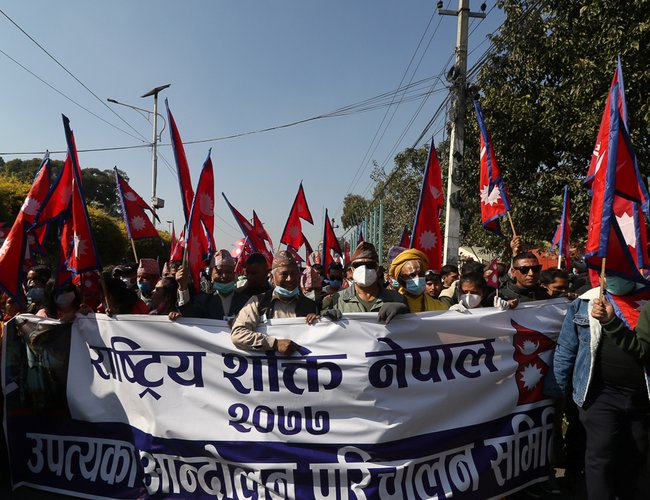 With a demand to abrogate federal republic and restoration of constitutional monarchy and Hindu Kingdom, a rally was held in Maitighar Mandala today.

Organized by Rashtriya Sakti Nepal, a group led by former minister Keshar Bhadur Bishta, the demonstrators carried play cards with a slogan like country is above the party urging people to come to street giving up party’s flag.

The demonstrator marched from Maitighar Mandala to New Baneshwor. Recently, demonstration has been holding in different parts of Nepal for constitutional monarchy and Hindu Kingdom.

Balen Shah Leading The Race with Over 4500 Votes By NEW SPOTLIGHT ONLINE 1 day, 6 hours ago

Nepal And India To Sign Five MoUs By Agencies 2 days, 3 hours ago