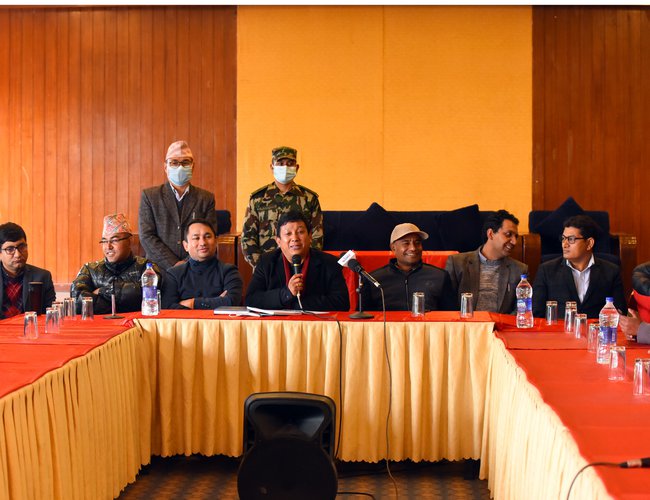 Minister for Communications and Information Technology, Parbat Gurung, has said that the government will bring a directive with mandatory registration provision for Facebook, Twitter, YouTube, Viber, Imo, WhatsApp, Instagram, Messenger, We Chat and Tik Tok,"

He made it clear that the directive would not have any adverse impact on the freedom of expression.

Addressing an interaction with journalists from Dolakha district here today, he said, "The directive is being introduced as various types of criminal activities are found increasing almost daily due to the social sites."

"Only preparations have been made to bring the directive for systematizing the social sites. It would be finalized only after discussing with the stakeholders. The objective is that there should be provision for operating the social sites only after registering them in Nepal as per the existing laws," the Minister for Communications and Information Technology elaborated.

Only discussions were being held on the directive for regulating with the objective the untoward incidents like violence, crime would be minimized if provisions were made for compulsory registration of social sites including Facebook, Twitter, YouTube, Viber, Imo, WhatsApp, Instagram, Messenger, We Chat and Tik Tok," he said.

European Parliamentarian Delegation: Visit For Cause By NEW SPOTLIGHT ONLINE 4 days, 14 hours ago