Sunkoshi-Marin Diversion Project To Irrigate 120.000 Hectors Of Land In Province 2

Sunkoshi-Marin Diversion Project To Irrigate 120.000 Hectors Of Land In Province 2 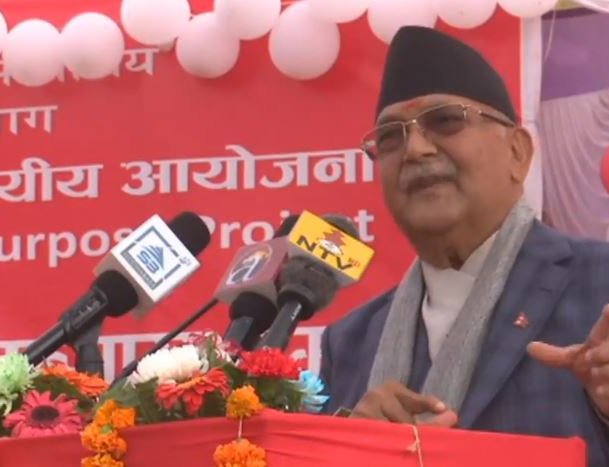 According to the Rising Nepal, the Prime Minister said that the government was working to usher in happy days for the people by speeding up development works laying the foundation stone of the project today in Sindhuli.

He said the project had two objectives, first, to provide an irrigation facility, and second, to generate 31mw of electricity.

Hydrogeologist Bishwa Bandhu KC said that that the construction works of the tunnel from Kusumtar would begin 2-3 months after the foundation stone is laid.

A Chinese Company China Overseas Engineering has received the contract to construct the tunnel for the project.

The construction of the Sunkoshi Marin Project is expected to complete within five years. All the legal compliances such as the acquisition of land and providing compensation to the locals have in the area covered by the project have already completed.

By constructing a dam of 12-meter height in Sunkoshi River, the water of the river will be diverted to the Marin River at Kusumtar via a 13.1-kilometer-long tunnel in 67 cubic seconds.

A total of 28.62-megawatts of electricity will be produced from the project and will be connected to the Dhalkebar sub-station under the national grid.

The main objective of this multi-purpose project is to provide an irrigation facility in 122,000 hectares of land at Bara, Rautahat, Dhanusa, Mahottari and Sarlahi.

The government has allotted a budget of Rs. 2.5 billion for the project.

Nepal Exported Electricity Worth Of Rs.1.72 Billion To India In The Month Of June By NEW SPOTLIGHT ONLINE 3 hours, 33 minutes ago

SAWTEE Hosts Policy Dialogue On The Economic And Social Survey Of Asia And The Pacific 2022 By NEW SPOTLIGHT ONLINE 3 hours, 48 minutes ago

Regional Trade and Connectivity in South Asia Gets More Than $1 Billion Boost from World Bank By NEW SPOTLIGHT ONLINE 2 days, 11 hours ago