Election Commission has reinstated the unified CPN-UML and NCP (Maoist Centre) to their individual status as per the March 7 verdict of Supreme Court.

"In line with the Top Court's decision, the Commission has decided to regard the unified Nepal Communist Party as separate parties like they were prior to June 6, 2018," reads the statement.

The Commission has also decided to dismiss the notice published in the Nepal Gazette on June 6, 2018, regarding the unification of CPN-UML and NCP (Maoist Centre) as a unified party.

As per the SC's decision to quash the Nepal Communist Party merger, the Commission has further decided to inform chairman of CPN-UML KP Sharma Oli and chairman of NCP Pushpa Kamal Dahal 'Prachanda' about the dismissal of the NCP registered in the Commission under registration number 145.

Stating that the CPN-UML with registration number 32 and NCP (Maoist Centre) with registration number 37 were now reinstated as separate political parties as they were prior to the unification, the EC urged Gopal Kiranti, chairman of NCP (Maoist Centre) registered under no. 153 to change the party name and election symbol, and Sandhya Tiwari, chairperson of CPN-UML registered under no. 160, to change her party name within 15 days and submit the details of the same to the Commission as per Section 6 (1) (e) of the Act relating to Political Parties, 2073 and Rule 9 of Political Parties Rules, 2074. 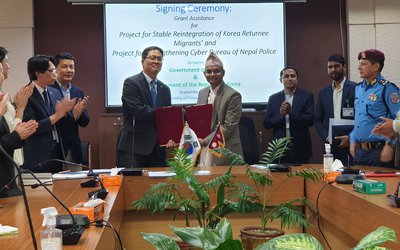 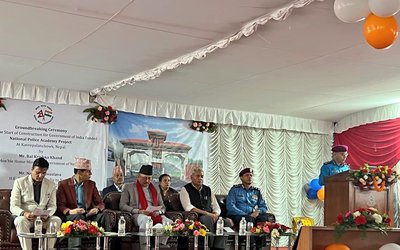 India To Support The Construction Of National Police Academy By NEW SPOTLIGHT ONLINE 2 days, 4 hours ago

South Korea On Alert For Signs Of North's SLBM Launch By Agencies Sep 25, 2022