1,605,706 Have Received The First Dose Of Vaccine: Spokesperson Dr. Gautam

1,605,706 Have Received The First Dose Of Vaccine: Spokesperson Dr. Gautam 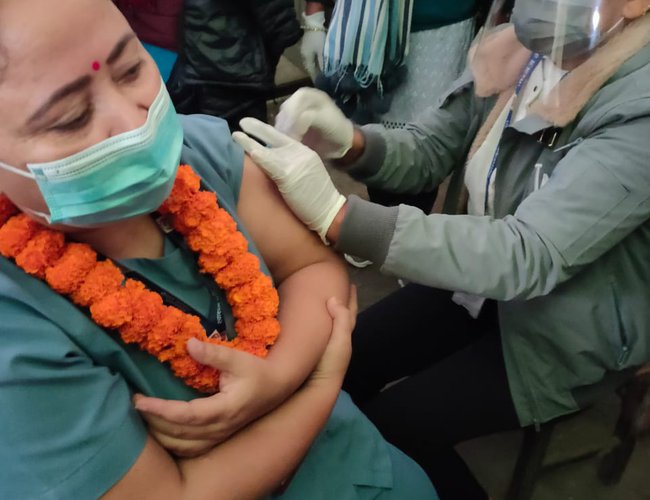 Dr. Jageshwor Gautam, spokesperson at the MoHP, that total 2,290,075 people to get vaccinated in the first and second phase of the vaccination campaign. Of the target, 1,605,706 have received the first dose of vaccine."

The Ministry of Health and Population (MoHP) said that total 70 per cent of the targeted people have been vaccinated in Nepal until now reports The Rising Nepal.

Dr. Gautam said that the government had managed to meet 70 per cent of its target in COVID-19 vaccination drive.

The Health Ministry had aimed to inoculate 507,606 persons including the frontline health workers, journalists, public service officials and officials at bank and financial institutions in the first phase of the vaccination drive.

According to the daily, the government had aimed to vaccinate 1,782,469 people above 65 years of age in the second phase of the campaign. As of today, the vaccine was administered to 1,166,827 senior citizens, which has enabled the government to meet 65 per cent of its target.