JSP-N POLITICS On Verge Of Split

The decision to back the no-confidence motion against Prime Minister K. P. Sharma Oli pushes Janata Samajbadi Party-Nepal (JSP-N) to the verge of split 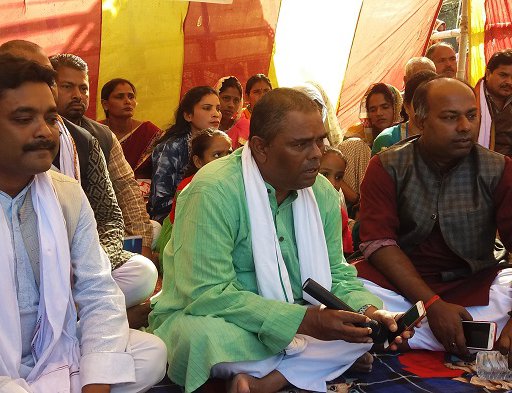 Although Nepal has been passing through a serious health crisis arising due to COVID-19, the country’s political parties continue to indulge in power politics. At a time when Nepali Congress and Maoist-Center are struggling to table a no trust motion against PM K.P. Sharma Oli government, with a thin margin of numerical strength, the decision of JSP-N is likely to encourage both the parties to move ahead.

Although there are major differences within JSP-N over whom to back, the faction of the Janata Samajbadi Party-Nepal led by Upendra Yadav and Baburam Bhattarai that commands a majority in the party's powerful executive committee has decided to back the no-trust motion against Prime Minister Oli.

However, Mahanta Thakur and Rajendra Mahato, who have been delaying the debate in the party on pressing political issues, have already expressed their opposition over the decision.

“We are against the party decision and it is a major political blunder against Madheshi people and Madhesh-based parties,” said Rajendra Mahato.

“Mahantha Thakur and Rajendra Mahato had been delaying the debate in the party on pressing political issues, forcing his faction to take a decision on the basis of majority,” said executive committee member Dambar Khatiwada.

"We fought against Oli's regressive move of dissolving the House of Representatives. Other parties decided their next course of action, but we failed to do so due to Thakur and Mahato's indecision.

He said if federal lawmakers from the rival factions went against the party's decision, then they might lose their parliamentary seats. Mahato said the executive committee meeting called by Yadav-Bhattarai faction was not valid because invitations were not sent to all members. He said the 'opaque and fraudulent' meeting of the executive committee had imperiled the party unity.

"We had unified two parties (Rastriya Janata Party-Nepal and Samajbadi Party-Nepal) last year with the aim of creating an alternative political force to champion the cause of identity, equality, and empowerment of marginalized communities. The rival faction's decision threatens these goals of the party," he said.

Mahato said the party had not taken any call on the formation of next government. JSP-N has 51 executive members - 26 from the erstwhile RJP-N and 25 from SP-N.

In the number game, NC-Maoist Center and JSP-N have the magic numbers with the support of independents. Out of 275 members of House of Representatives, the three-party alliance needs 138 to form the government.

With the likely split of JSPN, CPN-UML will have easy majority. However, opposition led Nepali Congress will have to see another split in CPN-UML to have the majority.