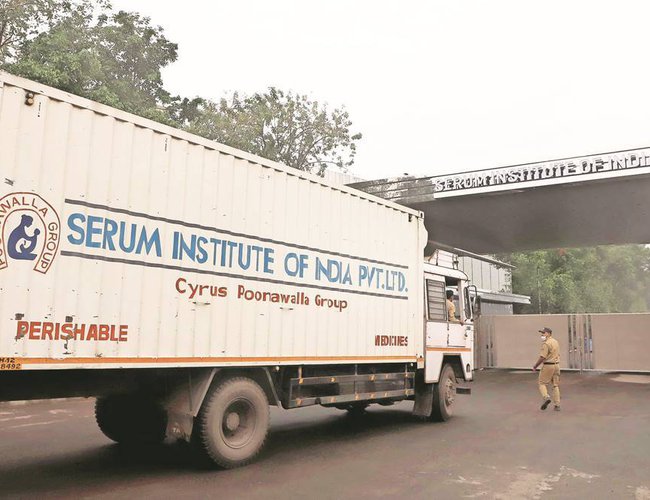 Nepal's hopes of receiving remaining doses of COVISHIELD vaccines, which have been paid for already, anytime soon seem to be sinking as the manufacturer Serum Institute of India (SII) has said it would not export vaccines for several months reports The Himalayan Times.

SII Chief Adar Poonawalla on Tuesday said that it is not possible for the company to export vaccines before December as there is a growing demand in India.

Although Nepal had paid the SII Rs 930 million to procure two million doses of the vaccines in February of which the company had delivered half of the supplies immediately.

Nepal was due to receive the second half which has been halted as the Indian government in March had stopped the Covid-19 vaccine export to Nepal and other countries in a bid to meet its domestic demand amid the raging second wave of the pandemic.

SII had agreed to provide two million doses at a subsidized rate of $4 per shot. Nepal, under India's Vaccine Maitri initiative, had received one million doses from SII on January 2. On March 07, Nepal received 348,000 doses of COVISHIELD under the COVAX facility -- a partnership between CEPI, Gavi, UNICEF and WHO.