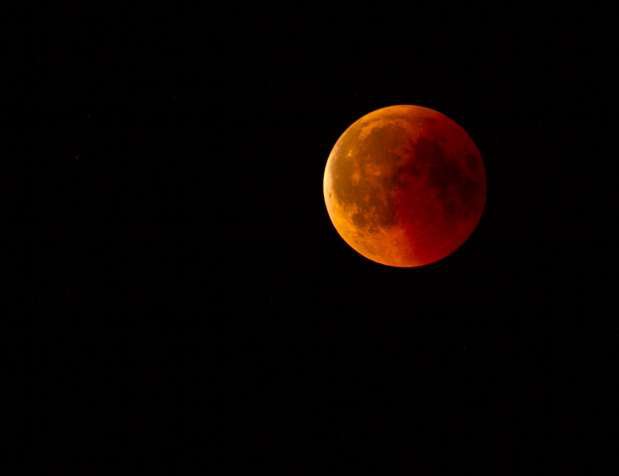 Tomorrow’s celestial event coincides with this year’s only total lunar eclipse, the first since January 2019.

The Moon will have the nearest approach to Earth on May 26, and therefore will appear to be the closest and largest Full Moon or “supermoon” of 2021.

NASA notes that a supermoon occurs when the Moon’s orbit is closest to the Earth at the same time that the Moon is full.

Now, when a full Moon appears at the point when the distance between the Earth and the Moon is the least, not only does it appear to be brighter but it is also larger than a regular full moon. According to NASA, the term supermoon was coined by astrologer Richard Nolle in 1979. In a typical year, there may be two to four full supermoons and two to four new supermoons in a row.

About a month ago on April 26, there was another full moon, but the supermoon that will be witnessed on May 26 will be closer to the Earth by a margin of 0.04 percent.

On May 26, two celestial events will take place at the same time. One is the supermoon and the other is a total lunar eclipse, which is when the Moon and Sun are on opposite sides of the Earth. Because of the total lunar eclipse, the moon will also appear to be red. This is because the Earth will block some of the light from the Sun from reaching the moon and as the Earth’s atmosphere filters the light, it will soften “the edge of our planet’s shadow” “giving the Moon a deep, rosy glow.”

On Wednesday morning, the Moon will be located on the Earth’s opposite side and will be fully illuminated at 6:13 am Central Daylight Time (CDT), which will be around 4.15 pm Nepali Time. While observers all over the world will be able to view the supermoon throughout the night if the sky is clear. It will be the highest overheard late in the night or in the early morning hours.

The lunar eclipse, NASA says, will be more difficult to observe. The partial eclipse, which is when the moon moves into and out of Earth’s shadow will be visible from India, Nepal, western China, Mongolia, and eastern Russia just after the Moon rises in the evening.