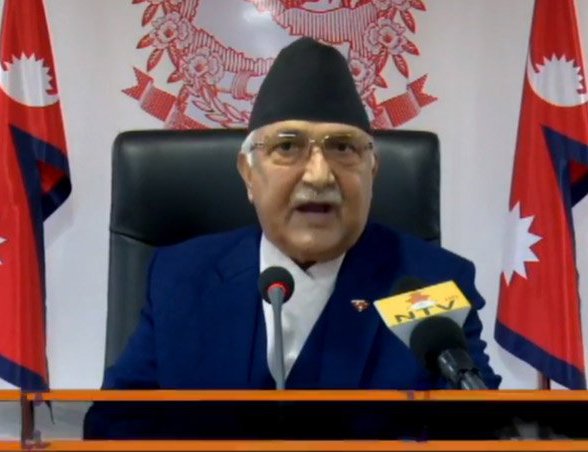 Prime Minister KP Sharma Oli has said that the government of the government to is to bring the vaccine and provide all the eligible citizens in the country.

He has promised vaccines against COVID-19 to all eligible citizens. Prime Minister Oli said vaccines would be managed to those waiting for the booster dose and for others as well.

He said the country was recommended for being elevated to a developing country from the status of the least developed country and that the country was in overall on a positive economic path.

"Data on labour migration has decreased, hydropower generation has increased, export has also increased," said Prime Minister Oli, "Per capita income of Nepalis has increased by 25 per cent while a historic achievement has been made in strategic infrastructure sector."

He said the government accorded high priority in completing projects which have remained in limbo for long and that initiative was taken to increase access of international market to goods produced in Nepal.

He blamed the opposition political parties for behaving against multiparty political system and defended that President Bidya Devi Bhandari dissolved the HoR and fixed the date for election as per the constitutional provision as the political parties failed to make claims as provisioned in Article 76 (5) for forming a new government.