Melamchi Tunnel Emptied For Inspection, No Water Distribution For One Month

Melamchi Tunnel Emptied For Inspection, No Water Distribution For One Month 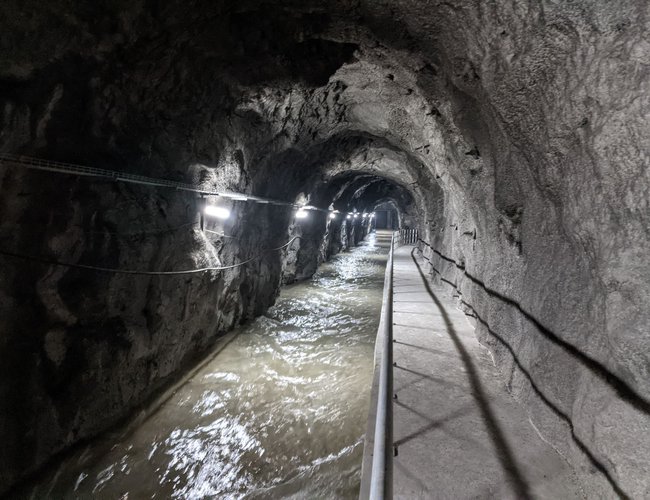 As inspection job of the tunnel is ongoing, distribution of water from the Melamchi Drinking Water Project in the Kathmandu Valley is not likely to happen for a month now.

Currently, entire tunnel of the Project is being emptied for the inspection. Information Officer of Melamchi Drinking Development Committee Rajendra Prasad Panta said that it could take some 30 to 40 days to bring water in the Kathmandu Valley if problems were not detected during tunnel inspection. Panta stated that it would take almost 10 days to inspect the 27-km-long tunnel.

In the contract agreement signed with the Chinese Company Sino Hydro some two years ago, an agreement was made for emptying the tunnel for observation after once filling it.

“As stated in the procedure, the final thing is to empty the tunnel. The plan will be deemed as successful one after refilling it as no problems were detected while making it empty,” he added. For the first time, water from the Melamchi Project was brought in the Kathmandu Valley some three months ago. So far no other problems have been detected, officials said.