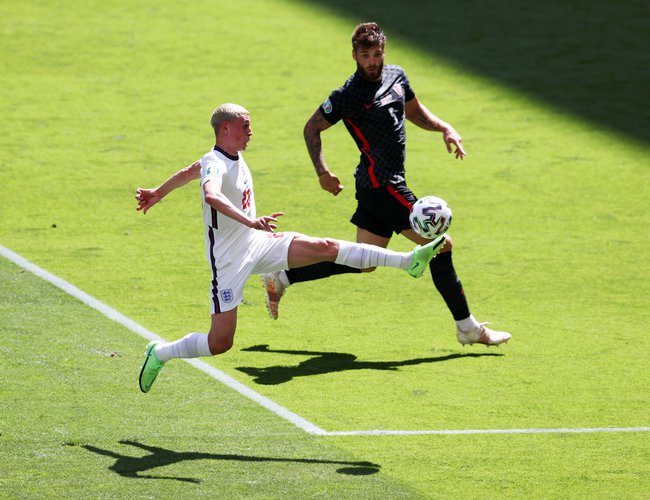 England manager Gareth Southgate's opening team selection of Euro 2020 offered up plenty of debating points and was not exactly met with unanimous approval in the court of public opinion.

Such is the knee-jerk and faintly ludicrous nature of the modern social media world, #southgateout was a Twitter trend almost as soon as England's team-sheet landed - this is the fate of the manager who carries his country's hopes into a major tournament.

The verdict after a fully deserved 1-0 win over Croatia that gave England, remarkably, a first opening game victory in their 10th Euros - a record that has included five draws and four losses - is that Southgate got his big calls exactly right.

Southgate resisted the temptation to include current people's champion Jack Grealish to stick with eventual match winner Raheem Sterling as part of a collection of creativity that also included Phil Foden and Mason Mount, behind captain Harry Kane.

He trusted to his instincts to play two more defensively-minded midfielders in Declan Rice and the outstanding Kalvin Phillips, while providing an element of risk by ignoring the impressive claims of Chelsea's Champions League winner Ben Chilwell and Luke Shaw of Manchester United to play Kieran Trippier at left-back.

This is not his natural side but one where Southgate clearly believes he can be of service to England. He was proved right.

On all those counts, Southgate came up trumps as England got the three points that sets them on their way in a Euros in which expectation is sky high, fuelled by the fact this is almost a home tournament.

Those hopes are borne out by the statistic that, after a disappointingly toothless Croatia were seen off, England are now unbeaten at home in 12 games at major tournaments (excluding penalty shootouts).

If Southgate was taking a risk - although some initially accused him of conservatism - he can point to the result and performances of those he picked as proof of his wisdom.

Foden almost gave England an early lead and was lively throughout. Mount also almost got on the scoresheet while Sterling put average club form at Manchester City behind him to look like his old self at a time when England need him.

Trippier is simply a character Southgate counts on - a leader in the absence of Jordan Henderson and Harry Maguire, the respective captains of Liverpool and Manchester United - and a defender who has predictably improved under the intense tuition of Diego Simeone at Atletico Madrid, where he is now a La Liga winner.

Rice is a fixture in this England side but arguably the most impressive show of all came from Phillips. "The Yorkshire Pirlo" was England's outstanding performer, giving a complete midfield performance which he almost garnished with a goal.

Phillips faced serious midfield opposition in Croatia's master Luka Modric, as well as Mateo Kovacic and Marcelo Brozovic, but he outshone them all. This England place looks his to lose now.

And it was all carried out in a Wembley party mood, although there was still a mixture of boos and jeers when England's players took the knee before kick-off. 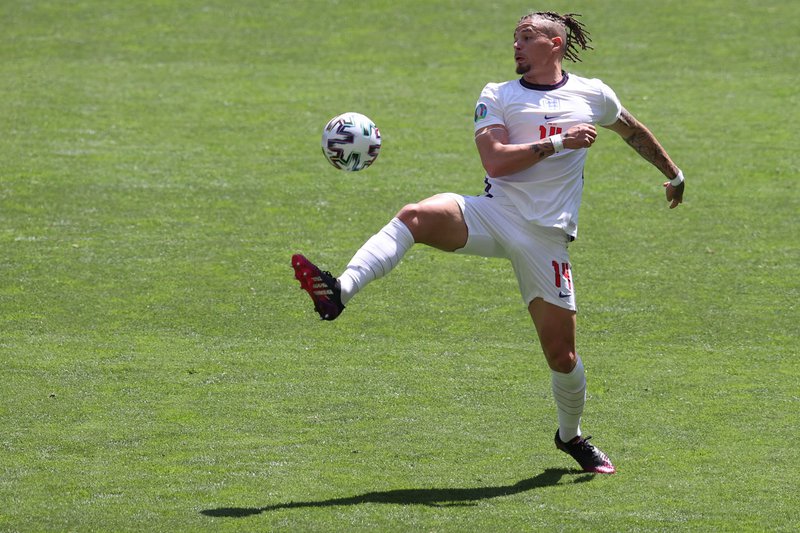 The sun shone, supporters were back and Three Lions blasted out at regular intervals to have England's supporters dreaming of glory that may lie ahead.

England captain Harry Kane was very subdued and was substituted while Kyle Walker, given the contested right-back slot ahead of Chelsea's Reece James with Trippier switched to the left, had a nightmare first half and must improve.

It must also be taken into account that Croatia carried an air of spent force about them - certainly not the side that was so menacing and snuffed out England's World Cup aspirations at the semi-final stage in Moscow in 2018.

As starts go, though, it was very satisfactory and this was reflected in the scenes at the end with Southgate visibly delighted and England's players taking the acclaim from their fans on a lap of appreciation for their support.

Southgate may or may not be able to strengthen his defensive resources if and when Maguire is fit again and there still remains the old, familiar questions about how England's defence will cope when put under stress by better opposition.

Next up is one of the great old sporting battles when Scotland, rejuvenated under manager Steve Clarke and boasting proven Premier League pedigree in the likes of Andy Robertson, Kieran Tierney, Scott McTominay and John McGinn, come to Wembley on Friday.

The atmosphere and the game will be different - as will the temperatures in the evening - but this was England's ideal start and manager Southgate can be well satisfied by his part in this winning opening to Euro 2020.