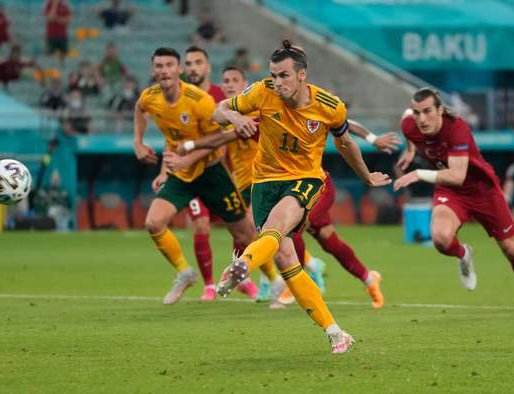 Gareth Bale made European Championship history with his performance for Wales on Wednesday.

The winger was integral to his side's 2-0 win against Turkey as he registered two assists in the Euro 2020 clash to compensate for the penalty he missed.

Bale first set up Aaron Ramsey for the opening goal late in the first half and then gave Connor Roberts an easy finish in the dying seconds of the match.

'If someone dies, what will you do?' - Covid causing concern as Copa America cases rise

This is Southgate's England: If you wanted Grealish, Sancho and swashbuckling football then you're going to be sorely disappointed

What record has Bale set?

Wales could have won by an even bigger margin thanks to the threat Bale posed. The 31-year-old made five clear-cut chances during the match in Baku.

He is the first player to create so many big chances in a single match at a European Championship since 1980, according to Opta.

Wales are almost guaranteed a place in the next round of the competition after getting their first victory. They are now on four points from two matches, having drawn 1-1 with Switzerland earlier in the week.

Wales will round off the group stage with a match against Italy on Sunday.

The winners of their group will face the team that finishes second in Group C - consisting of Austria, Netherlands, North Macedonia and Ukraine.

The runners-up of Group A will take on the team that finishes second in Group B, which has Belgium, Denmark, Finland and Russia.