Isak Is The Star Of The Show As Sweden Beat Slovakia

Isak Is The Star Of The Show As Sweden Beat Slovakia 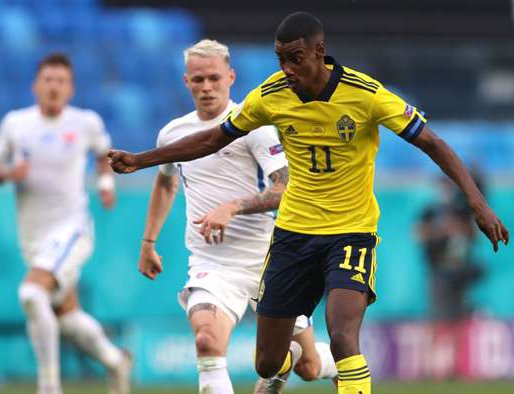 Alexander Isak has been dubbed an "exceptional talent" after the Arsenal and Liverpool-linked star turned in an eye-catching performance for Sweden in their Group E victory over Slovakia at Euro 2020.

Emil Forsberg's penalty roughly a quarter-hour from time was the only goal of a clash markedly low on high-quality football, with Sweden fortunate to come away with three points from Saint-Petersburg after a cagey opening draw with Spain.

However, as he did four days prior against Luis Enrique's side, Real Sociedad forward Isak was the pick of the bunch for Janne Andersson's side with a man-of-the-match winning turn drawing plaudits from figures across the game at the full-time whistle

Speaking to UEFA's official website in his post-match comments, Isak's coach was quick to hail his impact while adding that the best is yet to come for the 21-year-old.

"It's really good to see him on the pitch, he's a huge talent," Janne Andersson said. "He's a young player who's still got a lot of room for improvement. I think there is a lot more to come from him. He played really well today."

On the result, Andersson added he was delighted to have taken four points from his side's opening two games in Group C to put them firmly in the mix for a knockout stage spot, saying: It's good to have four points after two games.

"We've played seven games this year, and conceded just one goal. Our attack deserved more today, they were fantastic at times."

Isak's stock was already on the rise following his instrumental part in Sociedad's 2019-20 Copa del Rey triumph, the final of which was not played until April this year due to the Covid-19 pandemic.

His individual display amid a dour Swedish performance in Saint-Petersburg may now help take it to new levels, particularly if Andersson's side progress to the knock-outs, as seems likely following their win.

Liverpool and Arsenal are among those linked with his talents, though on the strength of his recent form, Real are unlikely to let him go without a fight.