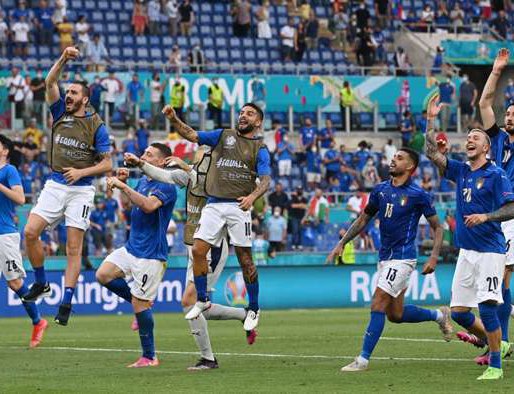 Italy equalled their all-time record unbeaten run with a 1-0 win against Wales on Sunday.The Azzurri maintained their perfect start to Euro 2020 with a third straight win in Group A.

Roberto Mancini's team have now gone 30 games without defeat and could set a new national record if they win their first knockout tie of the competition.

When was the record set?

Mancini's men have equalled a record which has stood for 82 years.

Vittorio Pozzo was the coach as Italy went four years without defeat between October 1935 and July 1939.

In that time they won their second consecutive World Cup and won the gold medal in the Olympics in 1936.

What did Mancini say?

Italy have lost just two matches since Mancini took charge, and the last team to get the better of them was Portugal in a Nations League match in September 2018.

Mancini admits that his side are far from being able to replicate the achievements of Pozzo's team and warned that his players must not get complacent.

“Pozzo won many important trophies too, so we’re still far behind that level. Anyone who goes through to the Round of 16 can win the Euros, that’s for sure,” he said.

“Every game is difficult, we mustn’t think that we can win every game or that any of this is to be taken for granted.

“We thank the people of Rome for all they’ve done for us and hope everyone can get back to enjoying themselves.”