Euro 2020: England To Play First Semifinal With Denmark On Wednesday

Euro 2020: England To Play First Semifinal With Denmark On Wednesday 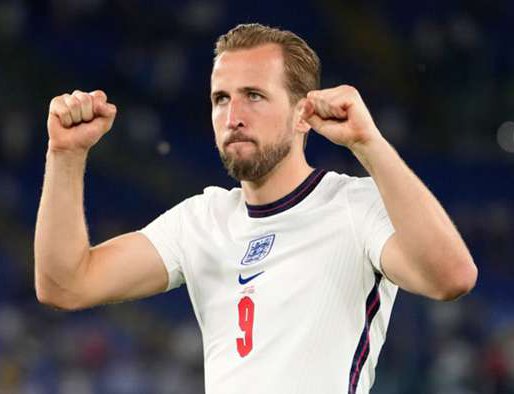 England's footballers face Denmark at Wembley in the semi-finals of Euro 2020 on Wednesday, knowing victory will earn them a place in a major final for the first time since 1966.

Gareth Southgate's side thrashed Ukraine 4-0 in front of a small number of England fans in Rome.

Covid travel restrictions meant fans in the UK were told not to travel to the game in Italy's capital - but all four goals were celebrated loudly by Europe-based England fans inside Stadio Olimpico.

There were extra police patrols outside the ground to deter fans from the UK from getting in.

Instead, expats from mainland Europe managed to get tickets so England's players felt at home. "These nights bring together families, communities," said England boss Gareth Southgate.

"To give people hope and looking forward is a part of the privilege of the job."

Spain and Italy meet in the other last-four game and England's national stadium will host both semi-finals as well as the final on 11 July, with 60,000 fans to be admitted to each of the three games - 75% of the stadium's capacity.

Italy play Spain on Tuesday, with England's match against Denmark 24 hours later. Both games will kick-off at 20:00 BST.

Remaining tickets went on sale earlier in the week.

Ticket-holders aged 11 or over need to prove they are fully vaccinated via the NHS app, with both doses received at least 14 days beforehand. Those not fully vaccinated must show proof of a negative lateral flow test from the previous 48 hours.

The games are part of the government's Events Research Programme, which is tracking Covid transmission at large events.

UK Culture Secretary Oliver Dowden said the upcoming games were "an unforgettable moment in our national recovery from the pandemic".

CAN Lifts Suspension Of Leg-spinner Lamichhane By NEW SPOTLIGHT ONLINE 2 days, 4 hours ago