After a 1-1 draw at Wembley Stadium, the Three Lions missed three times from the spot to hand the Azzurri victory in the shootout 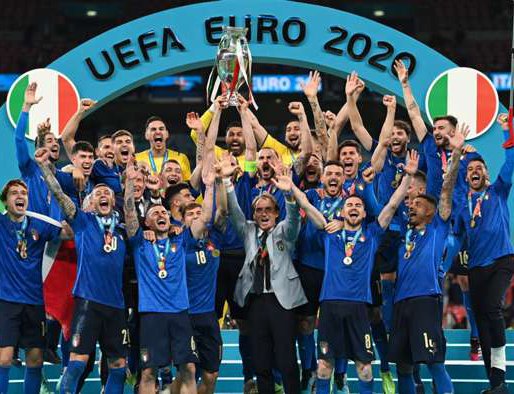 It all ended in tears for England, again. After so much renewed hope, optimism and belief, it was a familiar tale of disappointment at Wembley for the Three Lions.

After reaching the semi-finals at the 2018 World Cup, this time they had gone one better and made it to the final.

But it was the cruel blow of a penalty shootout loss which means those 55 years of hurt will have to be extended before they are eventually ended.

This, though, is a new kind of disappointment for a whole generation of England fans. Gareth Southgate’s youthful, vibrant side had given the nation and their supporters reason to be hopeful again, but it was those young stars that were left in tears at full time.

Marcus Rashford, Jadon Sancho and 19-year-old Bukayo Saka all failed from the spot, and could only watch on as Italy celebrated a deserved title with their supporters behind the goal.

Everyone on Wembley Way ahead of kick off had a different story. Those who had been there in 1996 when Southgate missed his penalty against Germany; those who saw first hand Wayne Rooney getting sent off against Portugal in 2006; others who witnessed the defeat against Iceland in 2016, and more who remember the heartache in Russia in 2018.

And now there will be those who can add Euro 2020 to that list. 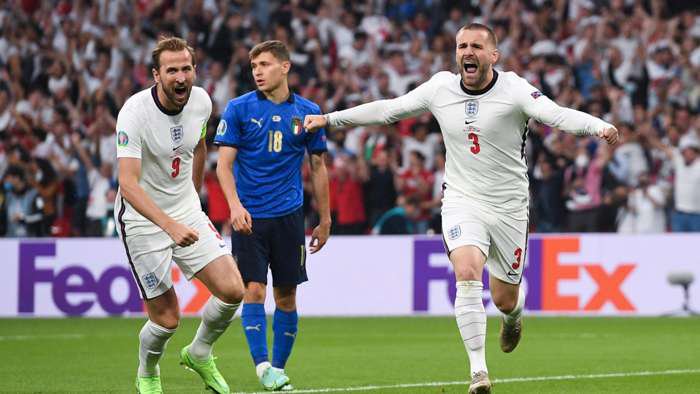 The near misses and heartbreak of the past contributed towards a jubilant, if sometimes edgy pre-match atmosphere in London. Nobody could quite believe it was happening.

The history of the occasion and the clamour for a golden ticket did mean there was a surge of fans pushing through the barriers at Wembley without a ticket. Unfortunately, there is always that small minority ruin it for the rest.

On the pitch, England had started brightly, getting off to the dream start when Luke Shaw finished off a fine Kieran Trippier cross at the far post with less than two minutes on the clock. Not a bad time for the Manchester United left-back to score his first international goal.

But as Italy grew into the game, winning the midfield battl with Marco Verratti and Jorginho pulling the strings, Southgate’s side started to look nervous. This was the 10-time major tournament finalists Italy up against England in their first European Championship final, after all.

As the Azzurri turned up the heat in the second half and Southgate’s side sat back to soak up the pressure, the raucous atmosphere simmered. The fans knew there was too much at stake.

The one man who stood up in a bid to drive England forward was Declan Rice, but the West Ham midfielder had run his race by around the 70th minute. 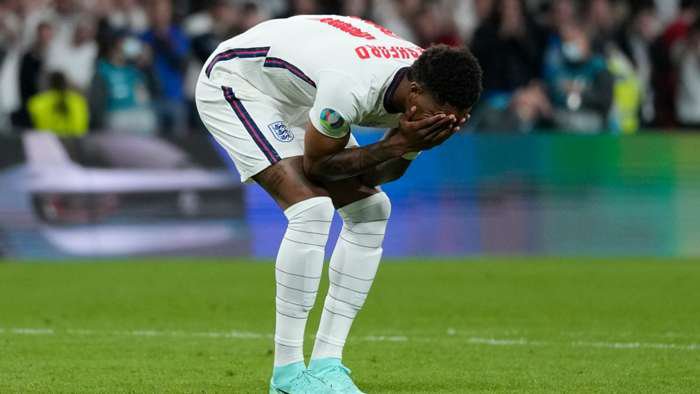 Raheem Sterling, meanwhile, was quiet on Sunday night, but has arguably been England’s player of the tournament. Jordan Pickford, who saved two penalties in the shootout, could also have a claim to that accolade.

He pulled off a fantastic save to deny Federico Chiesa in the second hald, and was unlucky not to keep what felt like an inevitable equaliser as Leonardo Bonucci bundled in from close range following a corner. It had been coming.

There will, therefore, be questions asked of Southgate’s use of substitutes. England had been under the cosh for a while before that equaliser hit the back of the net, and with so much thrilling attacking talent at his disposal on the bench he could have changed formation earlier than he did.

But this was not just about England. Italy have been the standout in the tournament, extending their unbeaten run to 34 games having been transformed by Roberto Mancini over the past three years.

Bonucci and Giorgio Chiellini were at their resolute best, while behind them the somewhat surprising winner of the Player of the Tournament award, Gianluigi Donnarumma, was a rock throughout the competition.

Going forward, meanwhile, Chiesa has been electric through the knockout stages while Lorenzo Insigne is always a threat, particularly with the midfield behind him pulling the strings.

For England and Southgate, though, it was penalty heartache again. 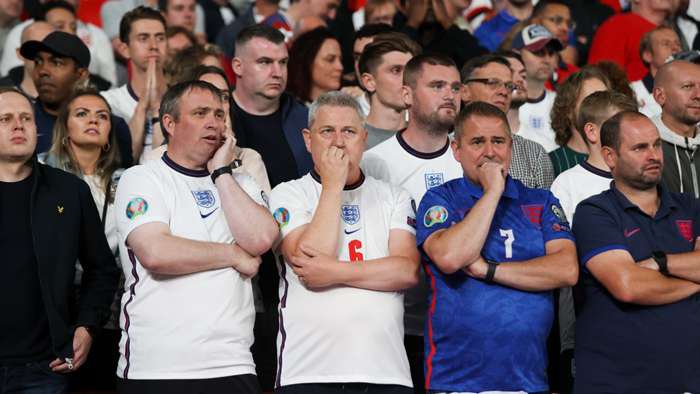 It has been the start of something special for this group, and while they had to stand and watch while Italy lifted the trophy at their national stadium, they can use that hurt to push them on to even greater things at the 2022 World Cup in just 18 months' time.

Football, though, is not coming home in 2021. But it might not be too long until it does.

CAN Lifts Suspension Of Leg-spinner Lamichhane By NEW SPOTLIGHT ONLINE 2 days, 4 hours ago