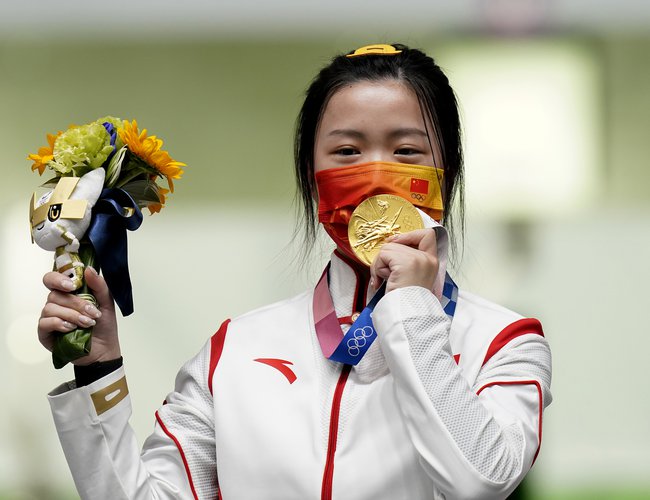 The global pandemic postponed the Tokyo 2020 Olympics by a year, and even though the Games have now finally started, Covid-19 is still creating difficulties for athletes and organizers.

There have been 127 Covid-19 cases related to the Olympics as of Saturday, with another 17 new infections announced in the previous 24 hours. Although Tokyo 2020 officials haven't revealed which nationalities have been affected, some athletes and teams are making the announcements themselves.

One example is Dutch rower Finn Florijn, whose Olympic dreams were crushed after he tested positive for Covid-19 in Japan on Friday. In a statement released by the Dutch team, Florjin said his Olympic journey was "over in an instant."

"Glimmers of hope": The Olympics Opening Ceremony went without a hitch on Friday night, including a breathtaking drone show, John Lennon's "Imagine" and of course the traditional parade of athletes through the Olympic Stadium.

Amy Bass, a professor of sports studies in the US, said the event offered "glimmers of hope" for what has been a troubled Olympics so far.

The Olympic flame was lit by Japanese tennis star Naomi Osaka, a choice Games organizers said was meant to reflect a "message of diversity and inclusion." In a tweet, Osaka said lighting the Olympic flame was "undoubtedly the greatest athlete achievement and honour I will ever have in my life."

What's on schedule: The opening day of Tokyo 2020 started with a bang, as the first official gold medal of the Games went to Chinese athlete Yang Qian in the women's 10m air rifle.

Plenty of other events are scheduled for Saturday, Friday night US time, including the start of the swimming, table tennis and water polo competitions. Medals for cycling, fencing, judo, taekwondo and weightlifting are also expected to be handed out on Saturday.