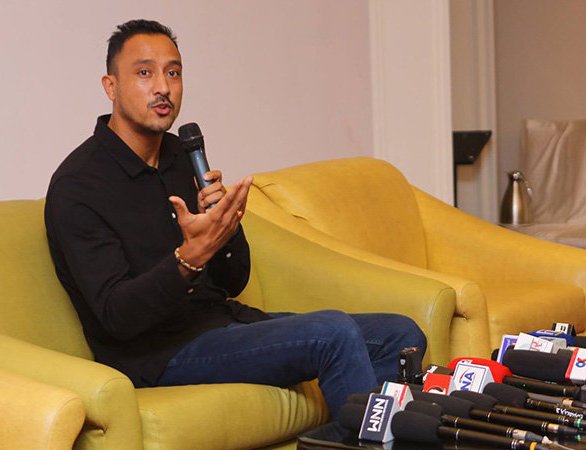 Former Captain of National Cricket Paras Khadka has said that he might join politics if given the right opportunity.

"Having said that, my first priority lies on developing the cricket scene in Nepal," Khadka clarified in a press meet held on Tuesday to announce his retirement.

Cricket Association of Nepal (CAN)'s President Chatur Bahadur Chand has said the announcement of Paras Khadka, former captain of the Nepali Cricket Team, to retire from international cricket was unexpected.

As Chand reacted, it was not the right time for the cricketer to announce his retirement from international cricket. According to him, CAN, the official governing body of cricket is discussing the matter and its formal opinion is awaited.

As he said, CAN was not pre-informed about the cricketer's decision to retire from international cricket. "If we were informed beforehand, the situation could be different. The decision that came as a surprise is obviously not good for the nation and the country,'' he said.

Khadka had informed CAN about the decision through an email at around 7: 30 am today. CAN schedule the commencement of the closed training of the Nepali National Team in view of the ICC World Cricket League 2.

The 33-year-old cricketer who had begun his career at the cricketer at the age of 15 announced to take retirement from international cricket through social networks this morning.