With an agreement with EPF to invest Rs.12 Billion, 99.8 MW Tamakosi Fifth Hydropower Project has secured a major loan 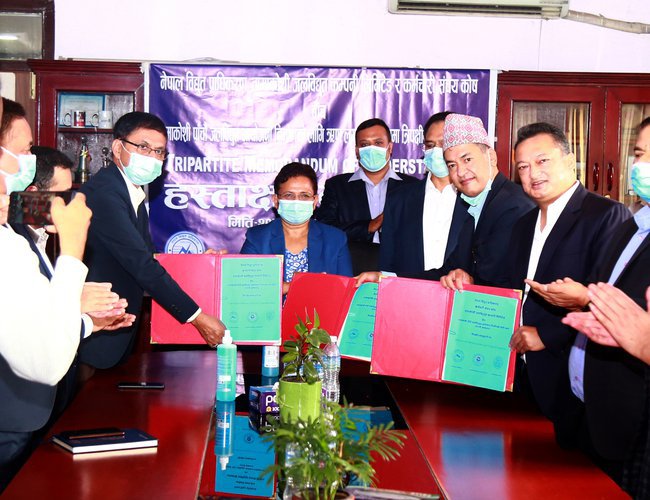 As a cascade project of 456 MW Upper Tamakosi Project, Tamakosi V is a financially attractive project. Thus, a number of financial institutions have shown interest to invest on it.

With huge deposit capital in its hand, Employees Provident Fund (EPF) has been investing money in the hydropower sector in collaboration with Nepal Electricity Authority.

As a major investor of Upper Tamakosi Project, it is natural for EPF to invest in the cascade project with higher and early return.

Tamakosi fifth is a cascade project of Upper Tamakosi and the project will be constructed under People’s Hydropower Program.

With an estimated cost of over 16 billion rupees, the Fund will provide loan of over 70 percent Rs.11.33 billion. Remaining fund will be managed through equity and public share.

As a cascade project, the project will not construct dam and other infrastructure. The water coming from 456 MW Upper Tamakosi Project will be diverted to generation house through 8 KM tunnel.

The power generated by the project will be connected to central grid through 2 kilometer long 220 kV transmission lines.

Under the financial support from Asian Infrastructure Investment Bank (AIIB), additional EIA has been currently undergoing. The pre-construction work is now undergoing with aim to complete the project in 2024.