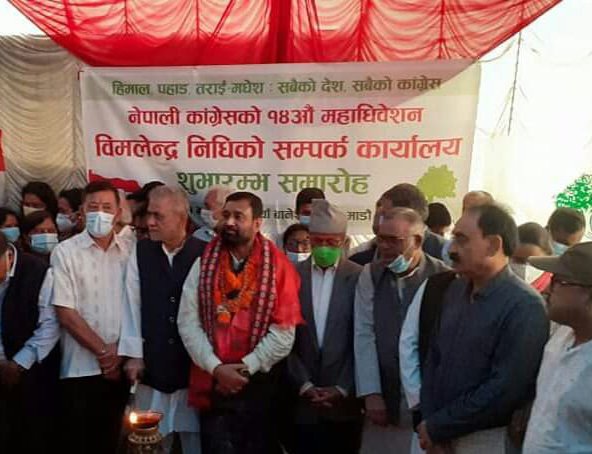 Nepali Congress (NC) Vice President Bimalendra Nidhi has announced that he would be contesting for the party president post in the upcoming 14th General Convention.

With this announcement, he has established a contact office at Thapaguan of New Baneshwor for meeting the party leaders and cadres.

Inaugurating the office today, the former Deputy Prime Minister said he would be competing for the party’s chief post not to defeat, retire or prove anyone else incompetent in the party.

As he said on the occasion, he wished to further strengthen the party and contribute to the party garnering a majority in upcoming elections of all levels and his candidacy would be for supporting his wishes to come true.

According to him, the inspiration and contribution of founding leader BP Koirala were determining factors behind his present status in the NC.