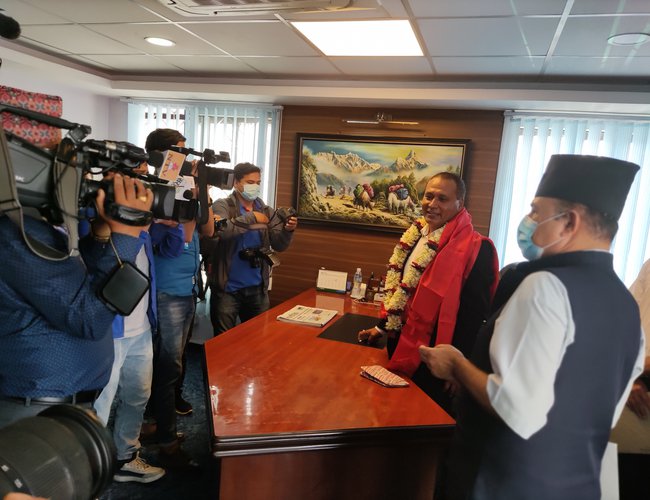 After hearing at a single bench of The Supreme Court headed by chief justice Cholendra Shumsher JB has rejected issuing an interim order against the appointment of Kulman Ghising to the post of Executive Director of the Nepal Electricity Authority (NEA).

Former executive director Hitendra Dev Shakya had filed a writ petition in the SC on August 16 against the Office of Prime Minister and Council of Ministers, Ministry of Energy, Board of Directors of NEA, and Ghising, demanding to void Ghising's appointment.

In his petition, Shakya has claimed that he was removed from the position unlawfully and has demanded re-appointment.

Conducting a hearing on the petition filed by former executive director Shakya, Chief Justice Rana made the verdict that there is no need to issue the interim order against the appointment of Ghising.