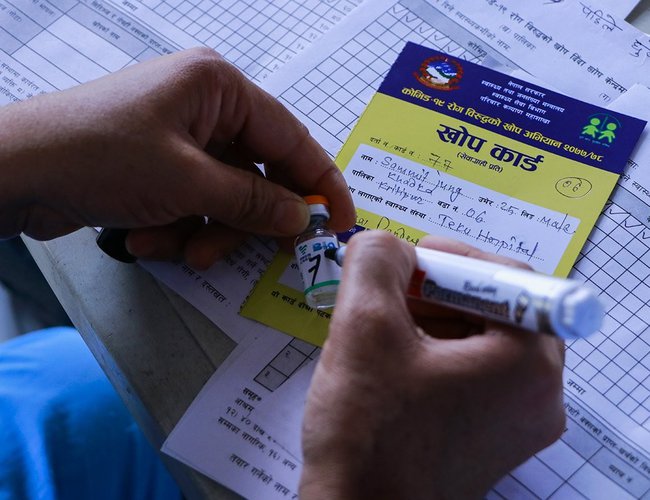 Nepal needs to vaccinate around 78 per cent of its population, as per the government’s new plan that includes vaccination of all those aged between 12 and 18 years. The government earlier had planned to vaccinate only those aged 15 years and above. So far, Nepal has received 19,979,330 doses of Vero Cell, AstraZeneca, Johnson & Johnson and Pfizer vaccines.

China Reports Over 6,300 COVID-19 Patients Died In The Week Through Thursday By Agencies 16 hours, 2 minutes ago

WHO To Decide Whether COVID-19 Remains Global Health Emergency By Agencies 2 days, 16 hours ago