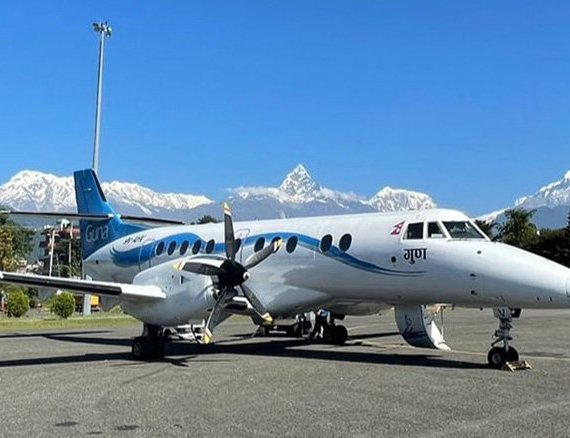 The Guna Airlines flight from Kathmandu to Pokhara has been returned to Kathmandu after a 'technical glitch' reports The Rising Nepal.

According to the daily, after the door of the plane opened in the sky, the plane has been returned to the Kathmandu airport.

Passengers are being sent to Pokhara by another plane.

Chief Thakur said, "After the door of the plane was opened in the sky, it was returned to Kathmandu. But I also sent our team of engineers to find out what kind of technical glitch it was?. '