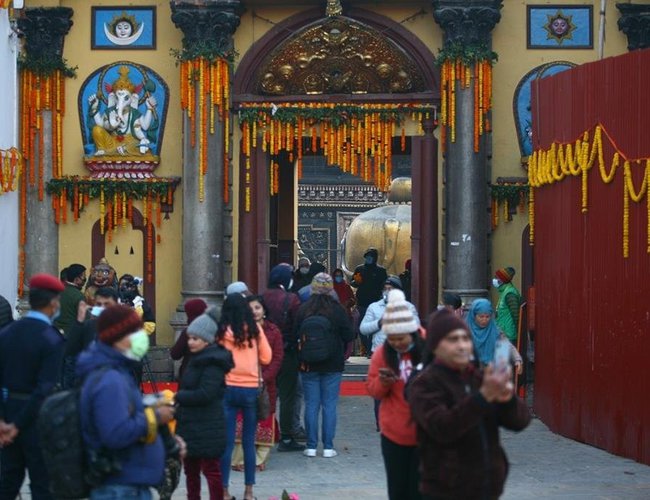 The three district administration offices in the Kathmandu Valley have banned all forms of prayer except for the daily regular prayer at all houses of worship – temples, stupas, churches, mosques – in the valley including Pashupati Temple.

Issuing a new directive on Tuesday, the offices have stated that the moratorium would continue until mid-February in view of the surging risk of coronavirus infections in the country reports The Rising Nepal.

In addition, carrying vaccination card has been mandatory for visiting public offices in the districts starting on January 21.

Meanwhile, famous religious spots in Gorkha are closing in light of the rising cases of COVID-19.

According to the daily, a meeting of Manakamana Area Development Committee held on Tuesday decided to close the Manakamana Temple until the end of the Nepali month of Magh. However, daily prayer in the temple will be allowed to be offered. Similarly, historical and famous temple of Gorakhkali Temple and Goraknath Gufa have been put on high alert in an effort to keep the virus’s spread in check.

What’s more, the district administration office, Gorkha, has directed all its 11 local levels to ban the entry of the commoners to the temples there.