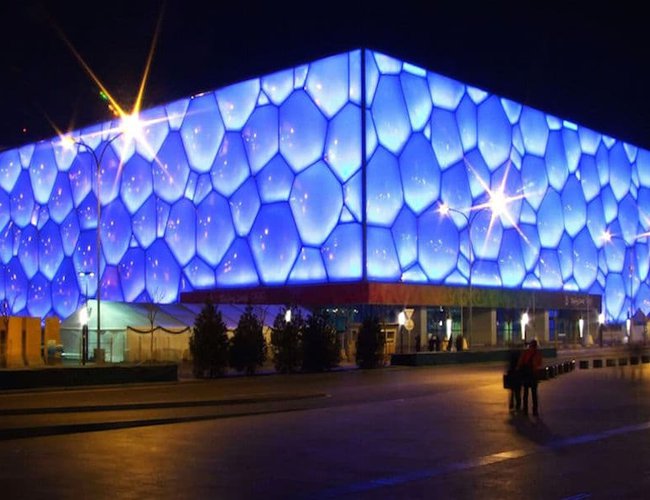 The Beijing Winter Olympic village has opened its doors to the first group of residents, 12 days before the opening of the Games.

Chinese state media report that people involved in the Games arrived at the village on Sunday, from more than 20 nations and regions, including China, the United States and Britain.

The Olympic village will officially open on Thursday and many athletes are expected to arrive.

The Winter Games will begin on February 4 in Beijing and neighboring Zhangjiakou in Hebei Province.

The venues for the Games are divided into three zones and a separate Olympic village is set up in each zone.

Officials will put in place a "bubble" system where Games-related personnel are physically separated from others to prevent the coronavirus from spreading. The system was adopted at the Tokyo Games last year.

Beijing Olympic officials said on Sunday that they had confirmed 33 positive cases inside the "bubble" among over 330,000 tests conducted from January 4 to 22.

They said those who tested positive are neither athletes nor people related to them.

In Beijing 43 positive cases were reportedly confirmed as of Sunday, including people with no symptoms.

Chinese authorities are on high alert against the virus. They conducted coronavirus testing on roughly 2 million residents in Fengtai District, where a relatively high number of infections have been reported.