Latest Version Of Omicron Variant Transmitting Even Faster Than The Original: Studies

Latest Version Of Omicron Variant Transmitting Even Faster Than The Original: Studies 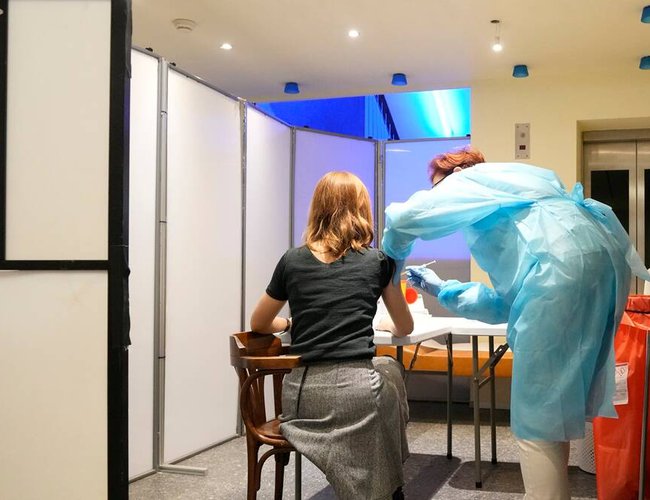 The findings cast doubt on hopes that the wave of omicron that’s sweeping the world may help hasten the end of the pandemic.

New studies are emerging that suggest the latest version of the highly-infectious omicron variant is transmitting even faster than the original, and mild cases of the first may not offer much protection against future infections.

The findings cast doubt on hopes that the wave of omicron that’s sweeping the world may help hasten the end of the pandemic. Calls for governments to treat Covid-19 as endemic like influenza are rising globally as people grow tired of pandemic restrictions, vaccines become more accessible and deaths remain relatively low.

The production of neutralising antibodies during an omicron infection appears related to the severity of the illness, according to one report from researchers at the University of California, San Francisco, that was published online before being peer-reviewed. The milder form of most omicron cases in vaccinated people may leave those who recover from them still vulnerable to existing virus and future variants that emerge, the researchers said.

The protection from a natural infection was about one-third that obtained through a booster shot, the study found.

“Our results suggest that omicron-induced immunity may not be sufficient to prevent infection from another, more pathogenic variant, should it emerge in the future,” the researchers said. “They also highlight the continued importance of vaccine boosters in enhancing immunity, as breakthrough infection alone may not be reliable” in protecting against repeat infections or future illness from new strains, they said.

The second study found a second-generation form of omicron appears even more transmissible than the original.

It showed 39% of people infected with the BA.2 subvariant were likely to infect others in their households, compared with 29% of those who were carrying the original version. The study analysed data gathered from 8,541 households in December and January in Denmark, where the new subvariant has become the dominant strain.

The risk of infection with either type was higher in those who were unvaccinated, underlining a positive effect of vaccination, the investigators said.

While BA.1 is still the most dominant type worldwide, recent trends suggest BA.2 is increasing in some countries including India, South Africa, the U and Denmark, the World Health Organisation said last month.

Neither study has undergone a thorough review by outside experts that is common before new findings are formally published. The Danish was conducted by scientists at University of Copenhagen, Statistics Denmark, Technical University of Denmark and Statens Serum Institut. The other was led by Charles Chiu at University of California, San Francisco.

The omicron subvariant appears to be more contagious but data so far doesn’t show it’s more dangerous or that it evades protection from vaccines, said Scott Gottlieb, the former commissioner of the US Food and Drug Administration. At worst, the strain could slow down the decline in omicron infections in the US, he said on CBS’s “Face the Nation.”