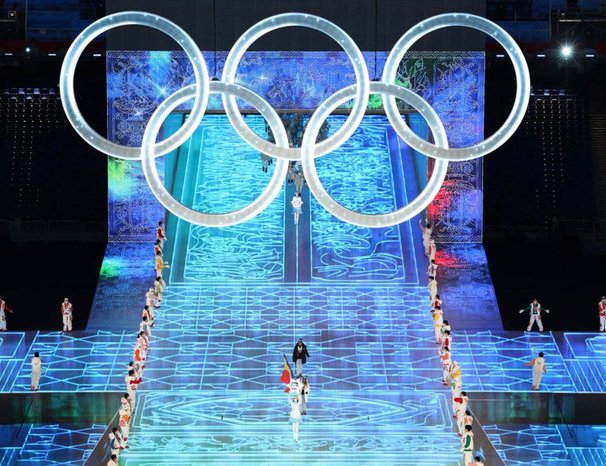 The Beijing Winter Olympics have officially started. Over the next two weeks, athletes from more than 90 countries and territories will compete in a record 109 events.

The opening ceremony was held on Friday inside the National Stadium, also known as the Bird's Nest.

It hosted both the opening and closing ceremonies of the 2008 Summer Games.

The theme of the ceremony was "One World, One Family," which organizers say is based on an ancient Chinese saying. It featured performances by people from all over the country.

Organizers kept the event shorter than most opening ceremonies to limit the risk of infection. Athletes walked into the stadium wearing face masks, with Team China entering last as the host nation.

The US and several other countries have not sent any government officials to the Games as part of a diplomatic boycott against China's alleged human rights abuses.

Russian President Vladimir Putin was among the foreign dignitaries who did attend the ceremony.

The Games officially started with an opening declaration by Chinese President Xi Jinping.

Dinigeer Yilamujiang, a female cross-country skier born in the Xinjiang Uygur Autonomous Region, was one of the final runners in the torch relay.

Her inclusion is seen as an attempt to emphasize ethnic diversity in response to the diplomatic boycotts and accusations of human rights abuses.

Only a limited number of spectators will get the chance to cheer on the athletes in person at these Games.

CAN Lifts Suspension Of Leg-spinner Lamichhane By NEW SPOTLIGHT ONLINE 2 days, 17 hours ago