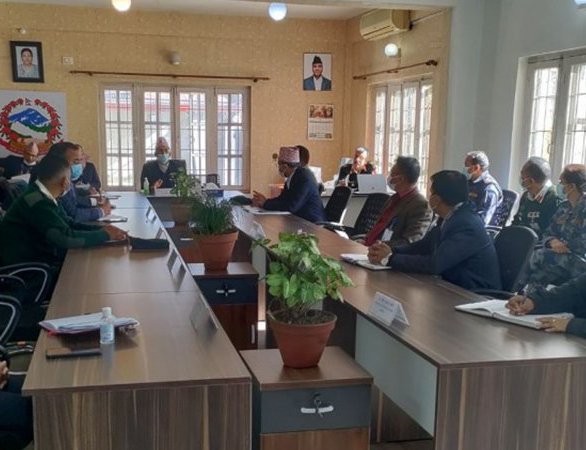 The COVID-19 Crisis Management Coordination Center (CCMCC) has recommended the government open the schools from February 13 reports The Rising Nepal.

Sunita Nepal, the CCMCC spokesperson, informed that a meeting of the CCMCC held on Sunday made the recommendation to the government to allow school opening and running of physical teaching-learning activities.

In the wake of a rapid rise in the COVID-19 cases in the country owing to the spread of Omicron, a variant of the SARS-CoV-2, a meeting of the CCMCC held on January 9 had suggested the government close schools till January 29 which was later extended to February 12.

The government had then decided to shut down schools as per the CCMCC recommendation.

International Flights Resume At TIA By Agencies 5 days ago