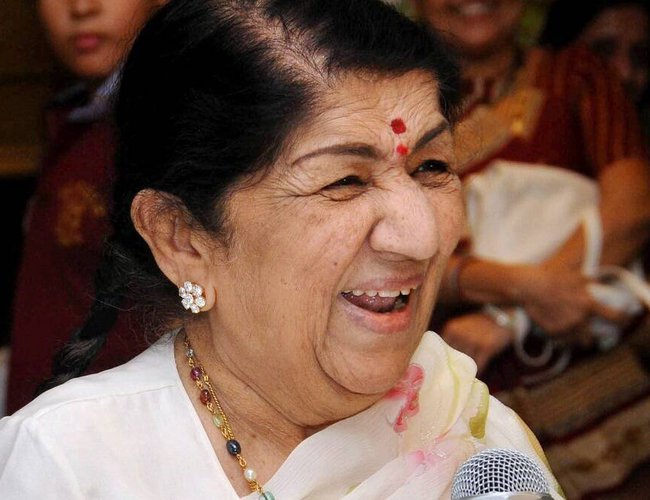 Similarly, politicians and eminent personalities from all walks of life in Pakistan, Sri Lanka and Bangladesh also mourned the demise of the 'queen of melody'.

Eminent personalities from across all spheres of life in Pakistan, Bangladesh, Sri Lanka and Nepal on Sunday mourned the demise of Lata Mangeshkar and paid rich tributes to the legendary singer.

Pakistani politicians, artists, cricketers and journalists mourned the death of Mangeshkar, terming it a “darkest day in the world of music”.

Pakistan Prime Minister Imran Khan tweeted, “With the death of Lata Mangeshkar the subcontinent has lost one of the truly great singers the world has known. Listening to her songs has given so much pleasure to so many people all over the world.”

“Sad to hear of her passing. She had such a vast repertoire, it is impossible to choose even five favourite songs, so here’s one : Aaj Phir Jeene Ki Tamanna Hai,” she said.

Opposition Pakistan Muslim League-Nawaz (PML-N) lawmaker Hina Pervaiz Butt said legendary singer Lata Mangeshkar “will forever live in our hearts. My condolences to her fans living around the globe. We have grown young listening her sons. Her beautiful voice will live forever.”

Condoling the death of the “empress of music”, Bangladesh Prime Minister Sheikh Hasina said there is now a “great void in the subcontinent’s musical arena”.

In a message of condolence, Hasina said Mangeshkar will remain alive forever in the hearts of the people in the region through her work. “A great void has been created in the subcontinent’s musical arena with the demise of the ‘Sur Samraggi (empress of music)’,” the prime minister said, praying for the salvation of the departed soul and conveying sympathy to the bereaved family.

In a separate message, President Abdul Hamid also expressed shock and sorrow at the death of the legendary singer and expressed condolences to the bereaved family, local news website Jagonews24.com reported.

Lata Mangeshkar touched billions of hearts through her golden and unparalleled voice, Sri Lanka’s top leadership said on Sunday as they paid tribute to India’s “Queen of Music” who “gave life to the phrase “music is a universal language'”.

Mangeshkar is a legend whose memory will remain in our midst for centuries through her melodious voice, President Gotabaya Rajapaksa tweeted.

“Rest In Peace Srimathi #LataMangeshkar, India’s Queen of Music who touched billions of hearts through her golden and unparalleled voice,” he said, sharing a photograph of the legendary singing icon.

Mourning her demise, Prime Minister Mahinda Rajapaksa in a tweet said, “Rest In Peace Nightingale of #India, #LataMangeshkar. Thank you for the decades of entertainment that transcended borders & gave life to the phrase ‘music is a universal language'”.

Expressing his deepest condolences to her family and the people of India, the prime minister, the elder brother of president Gotabaya Rajapaksa, said Mangeshkar’s memory will live through her music.