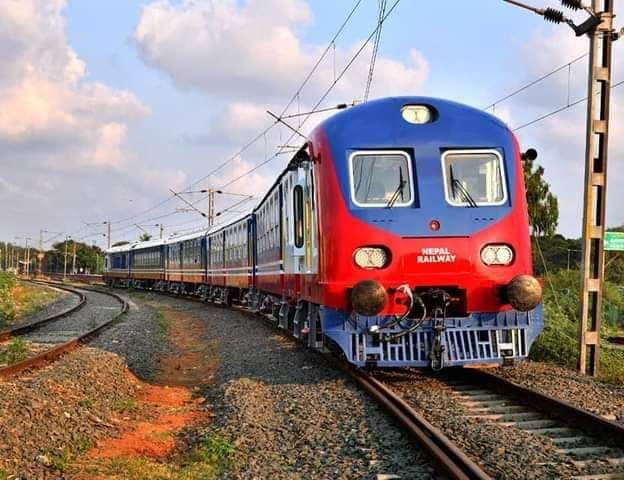 The dry run of the train of Nepal Railway Company has been scheduled for February 13. The train will begin the testing process from Kurtha of Dhanusha district to Jaynagar in India reports the Rising Nepal.

According to the daily, the dry run is a testing process where the effects of a possible failure are intentionally mitigated.

From February 13, the train will conduct the tests by running once a day from Kurtha to Jaynagar so that any failures can be repaired and mitigated before operating for public transportation reports The Rising Nepal.

“The train will carry neither passengers nor goods during the dry run. We will test the engine, buggy, train tracks, lights and signs, among others. If we find any fault, it will be repaired,” said Niranjan Jha, general manager of Nepal Railway Company.

Jha also informed that the encroachments around the train tracks have been removed while repairing level-crossing gates (LC gates), stations, halt centres and other infrastructures are in the final phase.

“We have challenges to manage the informal LC gates as we can’t stop vehicles officially there. If we can't stop the vehicles in those gates while the train is coming, it could lead to accidents,” said Jha.

Only in Janakpurdham area, there are three formal LC gates within 50 metres alongside two informal gates.

“We are coordinating with local level representatives to tackle the challenges,” said Jha. There are five stations and three halt centres along Kurtha-Jaynagar.