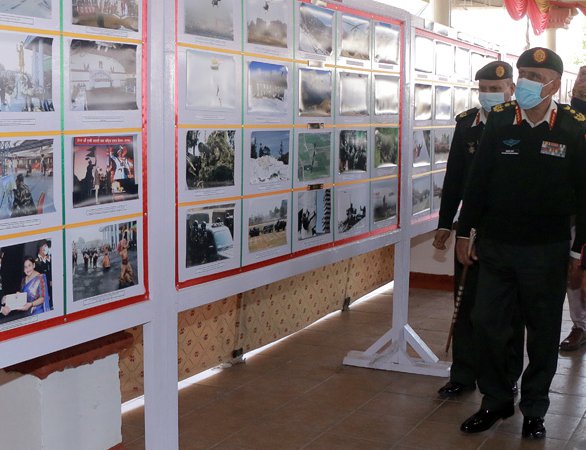 The three-day exhibition will be exhibiting the glorious history of the Nepali Army (NA) followed by the present situation and developments in between. It is being organized on the occasion of Army Day.

The works of the NA, weapons, machinery and costumes will be exhibited. Different equipment used in bands, horse riding, warfare, special team, sports and national parks and wildlife conservation will also be displayed in the exhibition alongside photos.

The NA informed that the exhibition was organized to let the public, mostly youths, students and children, know and understand the NA closely.

The NA had also organized the ‘COAS Open Marathon and Run For Fun-2078’ on Saturday. It included a 42.195-km marathon, 21-km half-marathon, 10-km run and 5-km run for participants from the NA, Nepal Police, Armed Police Force, government officials and foreign counterparts reports The Rising Nepal.

Japan Government And UN-Habitat Implement The Project In Nepal, Cambodia And Sri Lanka By NEW SPOTLIGHT ONLINE 1 day ago