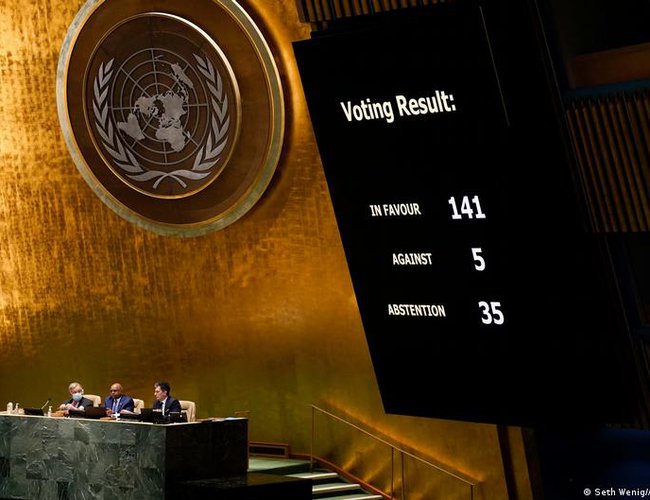 “We oppose threat or use of force against the territorial integrity & political independence of any sovereign country. Return to the path of peace is never late. We urge Russia & Ukraine to resume dialogue to give peace a chance,” said Amrit Rai, Nepal’s Permanent Representative to the UN UNGA Emergency Special Session.

The nonbinding resolution won overwhelming support. A total of 141 of the 193 member countries supported it, while five countries, including Russia, Belarus and North Korea, voted against it. Thirty-five countries abstained including India and China. 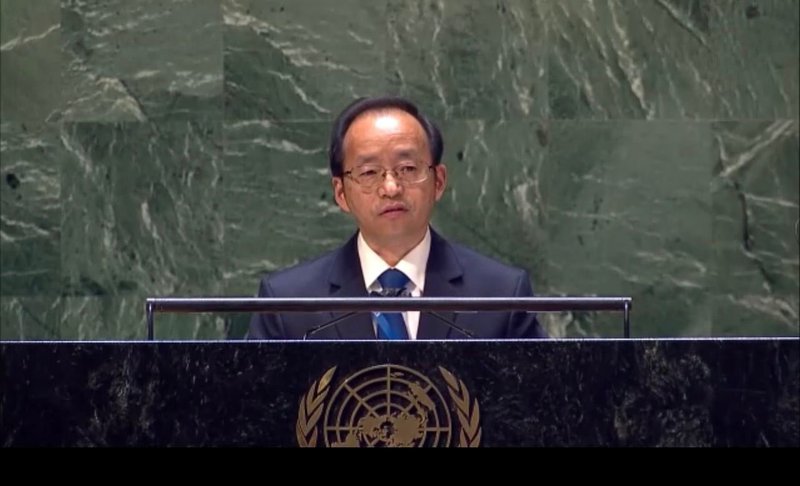 Ukrainian Ambassador to the UN Sergiy Kyslytsya said, "Now people of Ukraine have more reason to believe in the United Nations. It is just the beginning. Don't think this is the end itself."

Russia's ambassador defended the invasion. He says Western diplomats exerted "unprecedented pressure" to get support for the resolution.

Vassily Nebenzia said, "This document will not allow us to end military activities; on the contrary, it could embolden Kyiv radicals and nationalists."