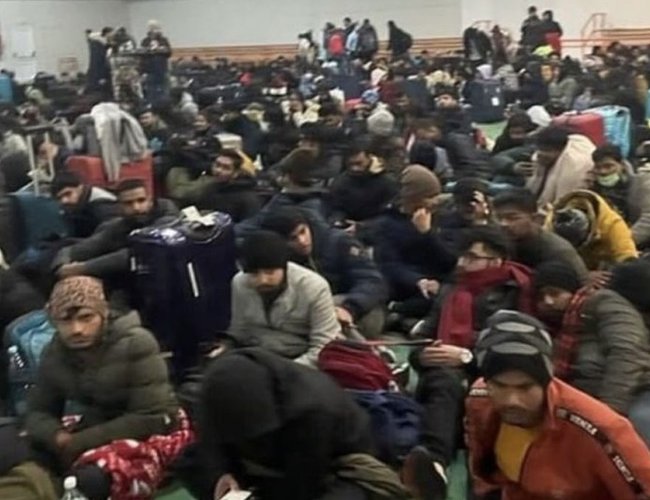 India has responded positively to the government's call to bring Nepalis back home via air service the former is operating to rescue its citizens from Ukraine. Nepali Embassy in Berlin is coordinating with the Indian Embassy there for the same while Romania has pledged necessary help to allow Nepalis to reach the aircraft reports The Rising Nepal.

Likewise, the government is trying to get help from the International Organisation for Migration in facilitating Nepalis to get back to their home, MoFA said in the statement.

The Ministry of Foreign Affairs (MoFA) informed Friday evening that 551 Nepali nationals have reached neighbouring countries from Ukraine, which is under war following Russian invasion.

Of them, 403 have reached Poland, 71 Slovakia, 27 Romania, six Hungary and four Moldova, the ministry said in a statement.

"Considering the security situation in Ukraine, facilitation work is going on to take Nepalis to safer locations. Most of the Nepalis have been transferred to safe places from Ukraine," said the MoFA.

"Nepalis remaining in Ukraine are moving to the west part of the country which is considered comparatively safer while some are in the process to reaching the neighbouring nations," read the statement.

Nepal government has requested the governments in Moldova, Romania, Hungary, Slovakia and Poland to support in rescuing its citizens from Ukraine.

According to the MoFA, those countries have extended necessary support to the rescue work.

Forbes Listed Five Nepalis In Forbes’ 30 Under 30 From Asia By Agencies 1 day, 10 hours ago

Department of Passport Continues To Open On Sunday By Agencies 1 day, 15 hours ago