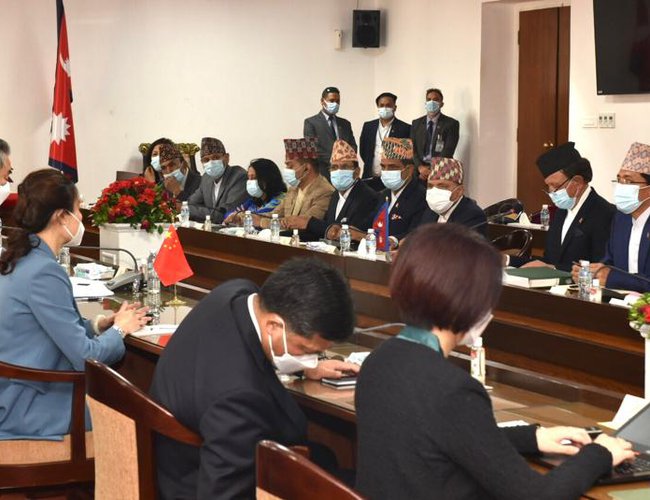 Foreign Minister Hon. Dr. Narayan Khadka and State Councilor and Minister of Foreign Affairs of the PRC Wang Yi witnessed the signing and exchange of agreements, MoUs and documents at Singh Durbar today after the official talks.

Visiting State Councilor and Foreign Minister of China Wang Yi today sat down with Minister for Foreign Affairs of Nepal Dr Narayan Khadka at the Office of Prime Minister and Council of Ministers in Singha Durbar.

The meeting between the duo focused on Nepal-China relations, their mutual welfare and concerns and other issues at the national, regional and international level, it has been said reports RSS. 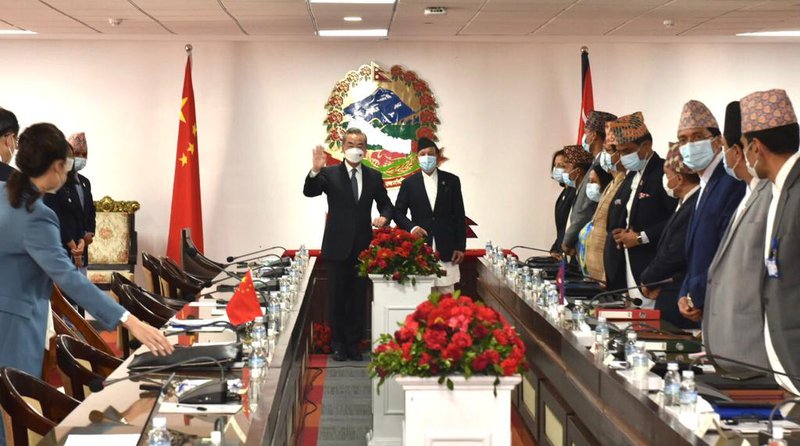 Expressing his gratitude for medical equipment and COVID-19 vaccines provided by the Chinese Government and reiterating Nepal's firm commitment to its one-China policy, the minister drew the attention of the Chinese minister to negative impacts on the country's economy due to the country's blocked transits with China.

Following this meeting, a bilateral meeting between the Nepali and Chinese delegations has begun. The 25-member Nepali delegation led by Minister Khadka includes high ranking officials of the Ministry of Foreign Affairs and secretaries of various other ministries.

Nine different memoranda of understanding (MoU) signed between the two countries after the meeting. The MoU to be signed are related to financial and technical support, feasibility study of transmission lines, service to be provided by Chinese health workers in Nepal.