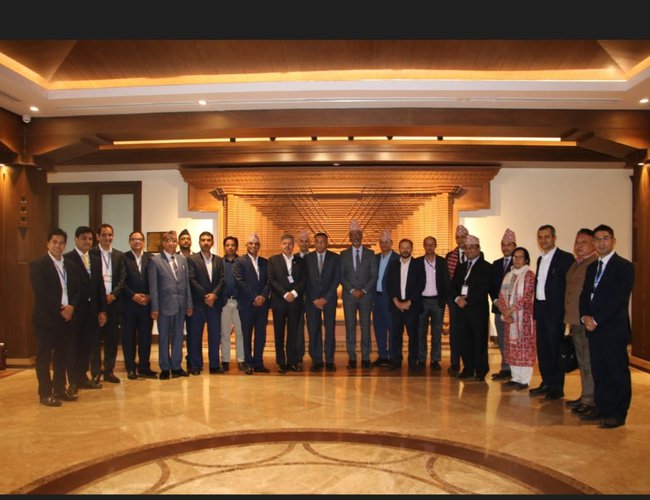 The 9th India-Nepal LOC Review meeting concluded in Kathmandu. The meeting was aimed at reviewing the progress of projects being undertaken in Nepal under the Government of India’s (GOI) Lines of Credit (LOCs), ensuring better project implementation and more effective utilization of the large amount remaining under the said LOCs.

From the Indian side, the meeting was led by Sridharan Madhusudhanan, Joint Secretary, (Development Partnership Administration – I), Ministry of External Affairs, and comprised of officials from Embassy and the EXIM Bank/

From the Nepal side, the meeting was led by Ishwori Prasad Aryal, Joint Secretary (International Economic Cooperation Coordination Division), Ministry of Finance, Government of Nepal (GON) and included officials from several departments involved in the execution of projects under the Government of India’s Lines of Credit.

The LOC review meeting was preceded by the inauguration of substations under the Modi-Lekhnath Transmission Line and Substations Project in Laha Chowk, Kaski district.

The project, being financed under the LOC of USD 250 million (LOC II), involves the construction of a 42 km long power transmission line and its associated substations at New Modi, LahaChowk and Lekhnath in central part of Nepal.

The USD 20 million projects are executed by KPTL Ltd. and ABB India. The substations package is completed while the transmission line package is likely to be completed soon. The inauguration was done by Hon’bleMsPamphaBhusal, Minister for Energy, Water Resources and Irrigation, Government of Nepal in presence of senior GON officials, an Indian delegation and local representatives.

The LOC review meeting was followed by a Workshop conducted by EXIM Bank of India in Kathmandu on 30 March 2022. Joint Secretary Sridharan Madhusudhanan gave the opening remarks, which were followed by detailed discussions between LOC project contractors and representatives from GON departments implementing the LOC projects. 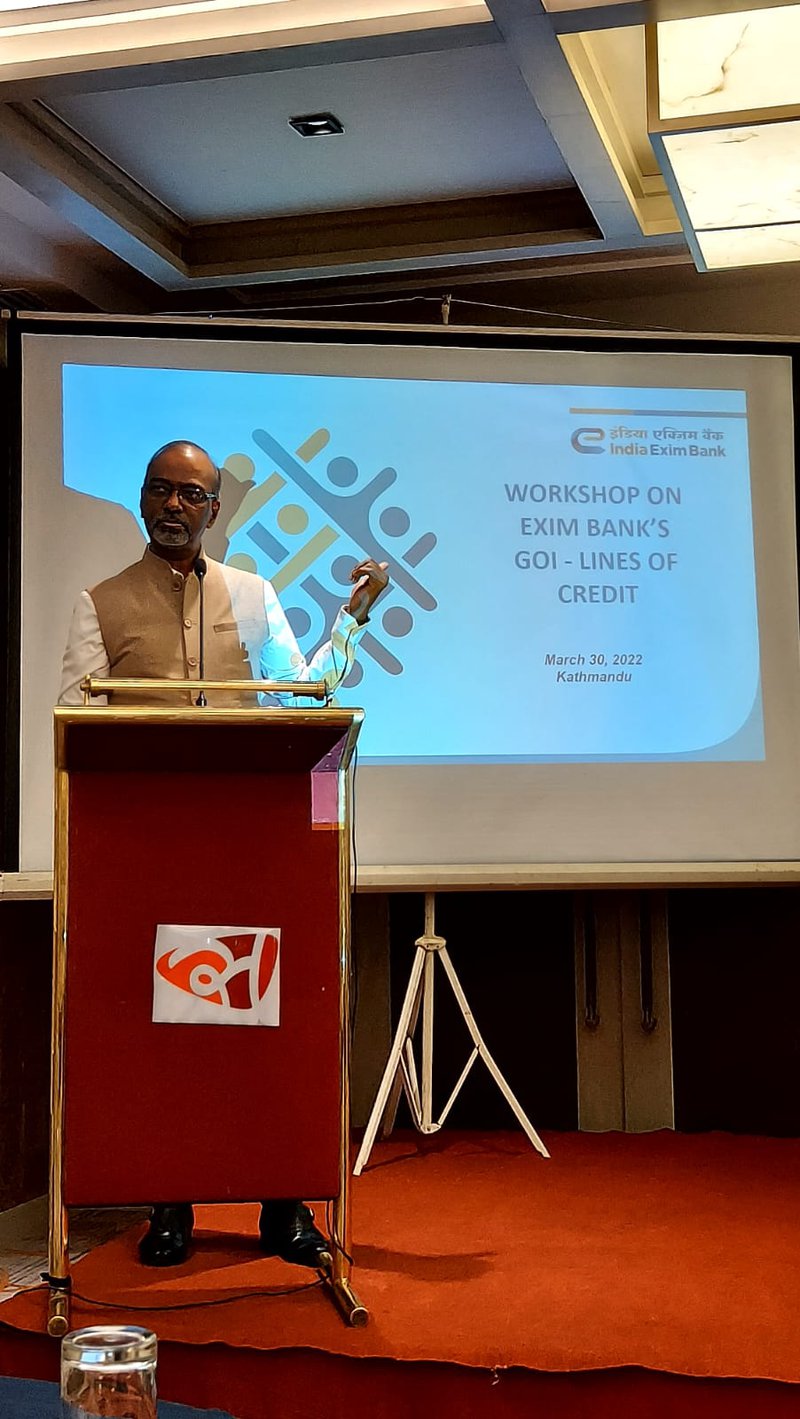 The workshop was aimed at familiarizing stakeholders in Nepal with India’s LOC policy framework and guidelines and under Indian Development and Economic Assistance Scheme (IDEAS). The Workshop also discussed specific issues facing the GOI LOC projects in Nepal. During the Workshop, EXIM Bank of India also shared its experience of implementing projects in other countries and suggested ways toward better utilization of Government of India LOCs in Nepal.

The government of India’s Lines of a Credit portfolio is more than USD 30 billion, spread across more than 60 partner countries. In Nepal, it includes four LOCs: US$ 250 million, US$ 550 million and US$ 750 million totaling USD 1.65 billion.

These LOCs are dedicated to the execution of infrastructure development projects and post-earthquake reconstruction projects as prioritized by GON. So far, these LOCs have financed 40+ road projects, another 9 projects in hydropower, transmission lines and irrigation, and several others in housing and reconstruction. Many of these projects are already completed, including some iconic and major projects. 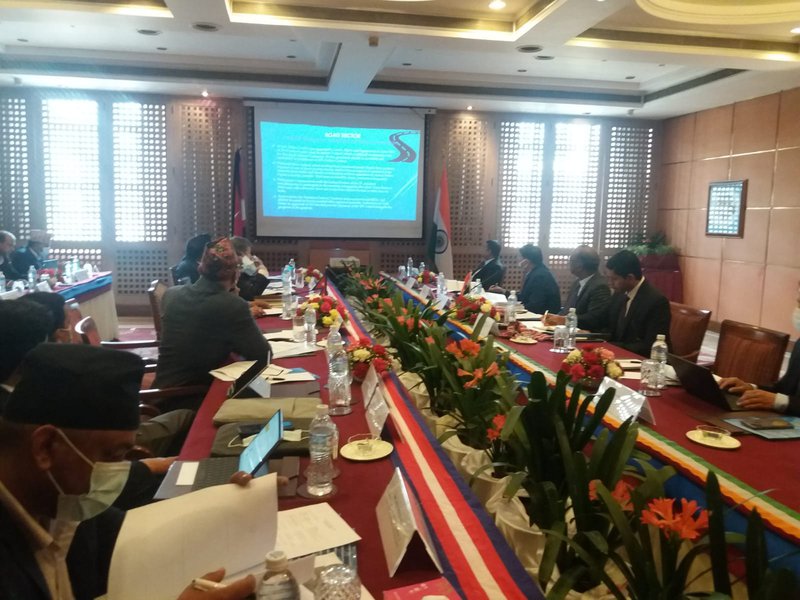