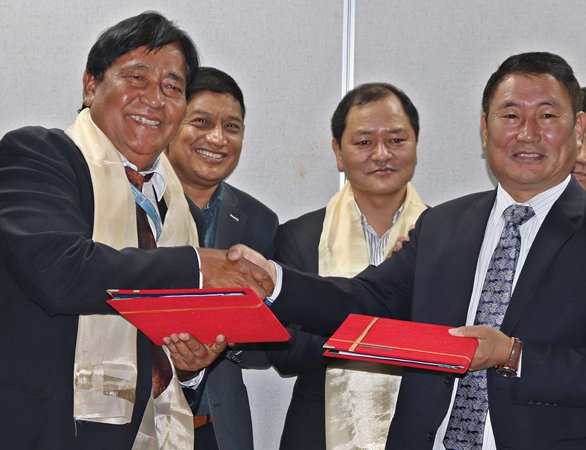 A memorandum of understanding (MoU) was signed to this effect on Tuesday.

President of NMA Santa Bir Lama and Director General of ICIMOD Dr. Pema Gyamtsho signed the MoU amid a function at ICIMOD Office, Lalitpur on Tuesday, according to a press statement of NMA.

‘‘We are very much thankful towards the DG Gyamtsho and ICIMOD family for creating an opportunity of working together for the betterment of Nepali mountains and mountain environment," President Lama said, ‘‘We are hopeful that this signing will be beneficial to all of us. This is the moment of pride. I want to assure ICIMOD that NMA will remain honest to this MoU."

DG Gyamtsho said that ICIMOD would remain committed to the implementation of the MoU.