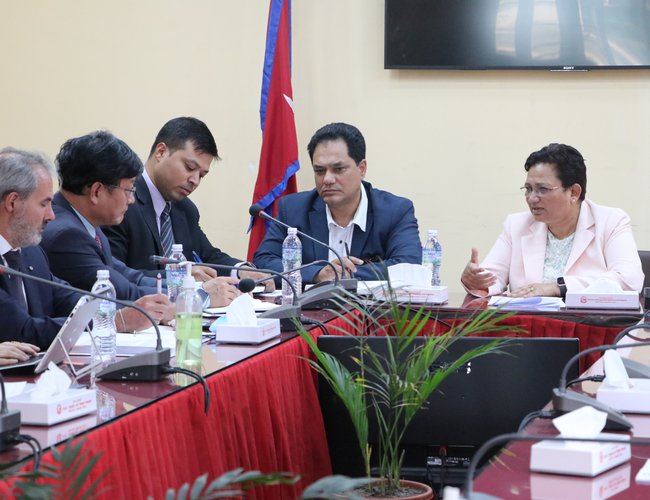 During the meeting held at Minister Bhusal's office, they discussed the implementation status of various ADB-invested projects in Nepal, according to the Ministry of Energy, Water Resources and Irrigation reports RSS.

Extending her gratitude to ADB for its assistance in Nepal's development endeavors, Minister Bhusal expressed her confidence that significant cooperation in the areas of energy production and distribution would be provided by the ADB in the coming days.

The Minister informed the ADB vice-president that an understanding has been reached with Bangladesh, Bhutan and India at the policy level for energy export and assured Nepal would be able to export energy to these countries within a few years. 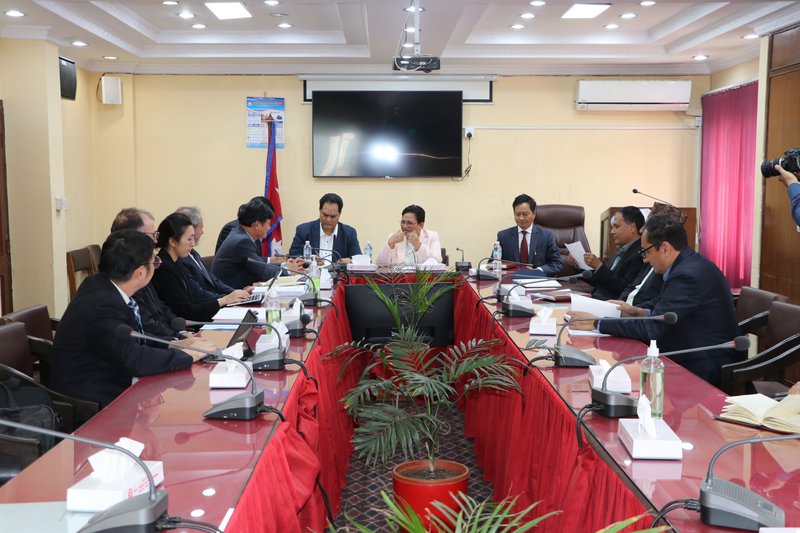 She also urged the ADB to consider investment in reservoir-based hydropower projects and expected cooperation from ADB in the expansion of the East-West transmission line.

On the occasion, ADB's vice-president Shixin mentioned energy trade agreement inked with India to export 365-megawatt electricity from Nepal to India was a way forward for Nepal and expressed his confidence that the energy trade would take a leap forward in the coming days.

Present in the meeting were secretaries of the concerned ministries as well as high-ranking officials of the Nepal Electricity Authority and Country Director for Nepal Arnaud Cauchois among others.