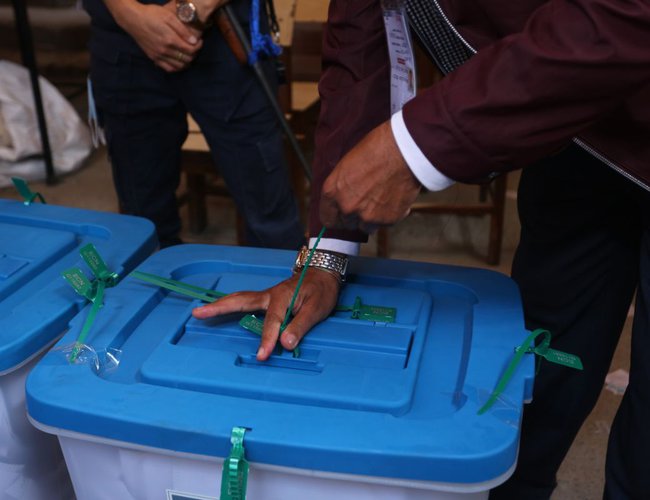 Voting in the local level election has been stalled at 41 polling centers of 26 polling stations across the country.

According to Chief Election Commissioner Dinesh Kumar Thapaliaya, voting could not successful in 41 polling centers of 26 polling stations and it had to be suspended.

Chief election officer can opt for re-election in the polling stations where voting has been suspended today, by informing the Commission and on the basis of the election/returning officer.

EC Spokesperson Shaligram Sharma Paudel said that the voting went peacefully in overall although dispute erupted in some places due to the political parties and the candidates.